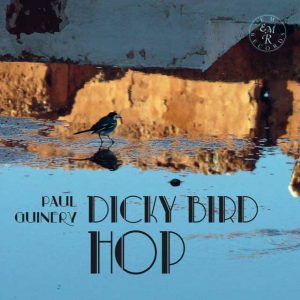 Many will know Paul Guinery from his presence for many years as a staff announcer for the BBC World Service and Radio 3, as well as host of Concert Hall, Choirworks and other Radio 3 programmes. His musical interests stretch much further, however, and, as well as being Chairman of The Delius Trust and a supporter of The English Music Festival, he is also a highly accomplished pianist. He regularly performs with the chamber ensemble Harmoniemusik, and has released two CDs of solo playing: one of works by Rachmaninov, and another of the piano music of Delius and his contemporaries.

His third CD of piano music, Dicky Bird Hop, demonstrates another side to Guinery’s music-loving – and, clearly, from his own extensive accompanying sleeve notes, an important one – mid 20th century ‘light’ music. The genre’s title belies the craft of its composers, though; as Guinery remarks “Frivolity is not the same as superficiality”, and the disc contains 22 tracks that are not only a delight to the ear, but are often brief, complex musical essays in their own right.

The composers here are all Britons who wrote for films, music hall and the stage, although some of them are perhaps better known for their ‘serious’ music (Arnold Bax, for example or York Bowen). The big names of the genre feature – Eric Coates, Richard Addinsell, Vivian Ellis, Noël Coward – but there are some glorious little surprises. Three movements from Madeleine Dring’s Colour Suite, for example, take us through the 1950s ‘cool’ of Pink Minor to a peculiar fusion of Baroque and jazz in Brown Study via Blue Air, a bluesy number with a charmingly melodic middle eight. There are three movements from Noël Coward’s only ballet, London Morning, written for Anton Dolin in 1959.

Variety of style abounds in the collection, from the opening glitz of Jack Strachey’s Theatreland (whose melody always seems to be on the verge of becoming I’m just wild about Harry) through sad little waltzes such as Sandy Wilson’s The Centenarians’ Waltz from his musical Valmouth, or Billy Mayerl’s lace-delicate Jill All Alone, to whimsy, such as the title track, Ronald Gourly’s Dicky Bird Hop. Those with a nostalgia for radio programmes of yesteryear will not be disappointed, as Strachey’s In Party Mood (the theme to Housewives’ Choice) and Vivian Ellis’s Alpine Pastures (My Word!) both make an appearance.

The films of the period are represented by, among others, Arnold Bax’s quirky and complex Oliver’s Sleepless Night from David Lean’s 1948 Oliver Twist, Hubert Bath’s fabulously melodramatic Cornish Rhapsody (from Leslie Arliss’s 1944 ‘hand to forehead and glycerine tears’ romance Love Story) and Richard Addinsell’s Warsaw Concerto from Brian Hurst’s classic 1941 Dangerous Moonlight. The latter appears as a bravura piano only version arranged by Guinery himself, and the disc is worth buying if only for this!

Guinery’s love for the period and its music shines out in these recordings, and he is more than at home with the idiom; indeed, the listener can picture him there at the time, perhaps in tails at the keys of a white Bechstein. No opportunity for some stylish flourish or rubato goes unnoticed, and there’s a real feel for dynamic and tempo: the rapid, almost throwaway quality of Dicky Bird Hop, for example, or the subtle combination of ‘wistful but not entirely heartbroken’ that he brings to Haydn Wood’s Lovelorn, are all brought to the fore instinctively, as if we are being indulgently entertained at a wrap party at Elstree or Gainsborough studios.

Sadly, Dicky Bird Hop is not available on download, but it can be obtained as a CD from EM Records here.