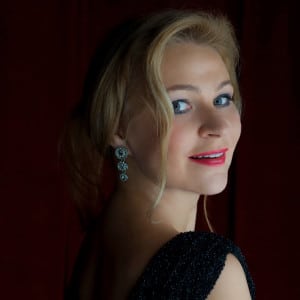 Edward Gardner’s growing reputation as an interpreter of Elgar can only have been augmented by this fine, if occasionally flawed, performance of the Symphony No. 1.

What made this such an arresting performance was the way he sculpted and re-moulded the development and transformation of the symphony’s key melodic themes. The opening movement’s dignified ‘motto’ theme, for example, was clearly discernible throughout the symphony in all its altered states of mood. The tempo, however, was set at a slower pace than usual, giving the whole work a somewhat sombre, even dour, tone.

This darkness did have its compensations. The lengthy third movement Adagio was never sentimental or over-sweet. Instead, it basked in a warm, comforting glow that expanded across the Royal Festival Hall’s slightly deadening acoustics thanks to the powerful urging of the Philharmonia’s strings. The preceding Allegro was as pretty much perfect as one could expect: the initial scurry and swagger giving way to the central wistful pastorale. The players of the Philharmonia brilliantly returned to Elgar’s sweeping motto theme in the finale, with some especially fine, affirmative playing on brass. This may not have been the most personal of readings, but it did deserve the thunderous applause of the appreciative audience.

The first half of the concert was devoted to musical Romanticism, with two early works by towering exponents of the movement. Wagner’s overture to Rienzi (completed in 1840, after the opera had been written) started off a little meekly, with Alistair Mackie’s sustained trumpet call providing the only playing of real note. But as Wagner’s noble theme (so enamoured by Adolf Hitler, who owned the autograph manuscript of the opera) opened up, so too did the lush orchestral playing under Gardner’s controlled direction.

That same control and moderation worked well for Berlioz’s cantata La mort de Cléopâtre. This was the composer’s third (unsuccessful) attempt at winning the coveted Prix de Rome in 1829. Marked down by the judges for its unorthodox harmonies and liberties with the vocal line, the work remains a fine example of post-French Revolutionary classicism. Mezzo-soprano Ruxandra Donose sang Cleopatra’s lines with the right amount of technical precision and tonal gravitas. But despite some pseudo-operatic hand gesturing (including an imaginary asp-against-breast action in the final pulsating moments), there was less in the way of vocal colour and characterisation. Still, the Philharmonia and Gardner more than made up for this, with frisson-packed orchestral playing – a taste of things to come when Gardner conducts Berlioz’s Benvenuto Cellini at English National Opera later this year.