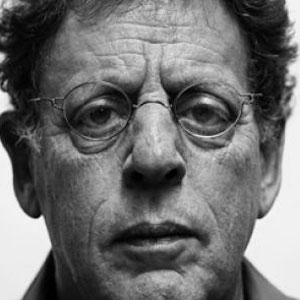 The fame of Philip Glass and the occasion of his 75th birthday (actually, in January) probably drew in the capacity audience at the Barbican Hall rather than the mere screening of the film Koyaanisqatsi, with live musical accompaniment. But once wedged in their seats, viewers and listeners couldn’t help but be drawn into the spell that the composer and film director Godfrey Reggio cast over the original audience 30 years ago.

The silent 85-minute colour film was certainly ground-breaking in 1982. Its juxtaposition of images and music, its hard-hitting message of environmental degradation, and its pioneering use of time-lapse photography were stunningly new. Nowadays, the film appears rather dated, even predictable, with its repeated and speeded up images of eco-damage, urban decay and mechanised living. The film print, too, could do with a digital makeover to brighten up some of the faded images. But Koyaanisqatsi still packed a punch in this expanded version of the score played by the Britten Sinfonia, Trinity Laban Chamber Choir and Philip Glass Ensemble under conductor Michael Riesman, with Glass himself on one of the three keyboards.

The opening was somewhat tentative, with scenes of the New Mexico desert accompanied by a rising melodic arch. It took a while for the musicians to get their bearings, and bass Jeremy Birchall’s repeated singing of the word ‘koyaanisqatisi’ (Hopi Indian for ‘life out of balance’) was rather subdued. But the pace picked up once we got sight of man’s impact on the planet, with frightening, though thrilling, images of mining excavations, a nuclear, a Boeing jet, and sunbathers on the beach next to a power plant. Next came the urban jungle of assembly line workers, city commuters, speeding traffic and exploding apartment blocks collapsing ahead of inner-city clearance projects. The rapidly repeated figurations on keyboards and by the chorus, coupled with brass and string interjections, showed Glass at his early best.

The film and music ended hauntingly with the explosion and crash landing to earth of an Atlas-Centaur rocket, eerily shown in slow motion and reflecting the final Hopi quote: “A container of ashes might one day be thrown from the sky, which could burn the land and boil the oceans.” The return of the ‘koyaanisqatsi’ chant by the choir provided a quiet resolution of sorts, with the frenetic questioning of the preceding scenes finally laid to rest.