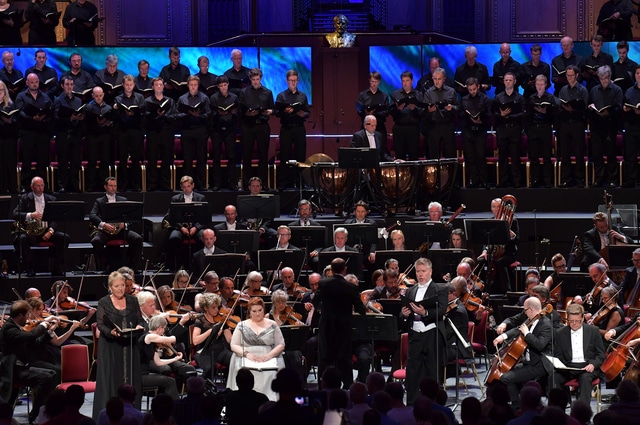 Mark Wigglesworth has paired the music of Richard Wagner and Michael Tippett in the concert hall before. In the programme notes for this Prom he saw a common link in both composers’ early political engagements. ‘They shared a common compassion for humanity,’ Wigglesworth explained, ‘and both used their art to express that empathy profoundly.’ According to Wiggleworth, The Ring ‘celebrates the values of love over power’, while A Child of Our Time is about ‘the plight of a persecuted individual amid widespread violence and hatred.’ However, this reasoning didn’t quite bridge the musical differences between the two works, or equalise the quality of their performances.

Wigglesworth chose to present the whole of Brünnhilde’s and Wotan’s scene at the end of Act Three of Die Walküre. Why he prefaced it with a superfluous and clumping orchestral version of the ‘Ride of the Valkyries’ wasn’t clear. The scene itself was presented well enough, despite a noticeable detachment both on-stage and vocally between soprano Tamara Wilson’s Brünnhilde and bass James Cresswell’s Wotan – in what is supposed to be an emotional crisis between father and errant daughter. Wilson evinced more feeling than Cresswell, with some shimmering top notes. Creswell seemed less engaged, and his light tone didn’t quite live up to Wotan’s grim – if flouted – authority. In managing a huge orchestra, Wigglesworth managed to pick out much of Wagner’s intimate scoring. His speeds felt a little hurried, and the concluding ‘Magic Fire Music’ was splashy rather than sparky. 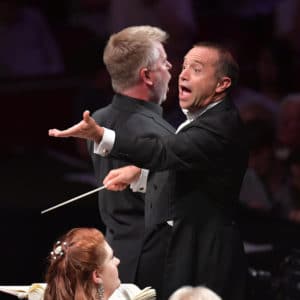 Tippett’s A Child of Our Time was a much more moving and rewarding affair. Now more than 70 years old, the oratorio was claimed as a landmark in modern British music but now appears a little dated. The uneven libretto by the composer doesn’t help – a meandering account of a young Polish Jew’s shooting dead of a Nazi diplomat in Paris in 1938, interspersed with Biblical references and strands of Tippett’s own pacifist philosophy. Nevertheless, many of its musical sections are very beautiful and powerful. Wrigglesworth exercised a gentle control over the score, giving full consideration to the quieter passages, and stoking up the drama in the larger-scale movements. The BBC National Chorus of Wales delivered a gold-standard account, presenting themselves as full characters in the unfolding drama and commentary. Carefully judged dynamics, clear and expressive diction, and a quiet but forceful intensity characterized their performance.

The four vocal soloists gave a good account of their roles, although only Tamara Wilson really stood out, her ringing tone rising to the top of the Royal Albert Hall dome in Tippett’s sublime and deeply moving spiritual settings. Bass James Cresswell also returned to the stage, this time exerting more power and authority as the narrator. Mezzo-soprano Susan Bickley – a replacement for Pamela Helen Stephen – seemed less assured, and tenor Peter Hoare was occasionally overwhelmed by the orchestral and choral forces behind him, although his poignant, yearning delivery was well suited to the anguished cries of the eponymous ‘child of our time’.