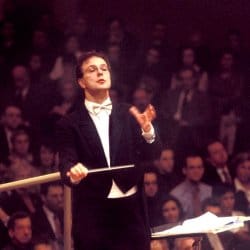 Although I was not surprised to find the ever-tolerant British public giving this concert the standard three-round applause at the end, it was nevertheless one of the worst concerts I have ever heard, and the lowest point of the Proms season so far.

Starting with Webern’s Passacaglia, the City of Birmingham Symphony Orchestra, under the baton of conductor Sakari Oramo, gave the most apathetic performance I have heard in a long time.

Perhaps it was due to the hot weather, or the unforeseen delay in starting, but when Oramo started conducting, half the strings were still scrambling for their bows. Predictably the start was not exactly great.

Thereafter, the orchestra started to split itself into different sections all of which chose not to listen to or observe what the other sections were doing. I do not think it would have mattered to the upper strings had Oramo been replaced with a metronome such was the lack of attention they paid to his interesting little gesture. In all fairness, one cannot fault the orchestra’s impeccable intonation, or their ability to create contrasts in dynamics, but if orchestras play with such apathy, music-making will remain merely an exercise in human body mechanics.

For Shostakovich’s First Violin Concerto, we were treated to the immensely beautiful sound of a 1724 Guaneri del Gesu violin played by violinist Leila Josefowicz. Whatever beautiful sound the violin produced, however, was neutralized by the orchestra’s wind section’s inability to control their note attacks. Wind entries did not come in together and almost always carried an accent in one particular instrument which was not written in the score. Also, I felt that Josefowicz could have taken more time in certain places, though generally speaking, the first three movements up to the cadenza were technically perfect perhaps a bit too perfect to the extent that the music became incredibly dry.

The cadenza in the third movement was, of course, Josefowicz’s moment, and it was probably the highlight of the evening. Her immensely powerful tone and technical virtuosity made the cadenza one that was received without any coughing and much applause at the end of the movement. It showed, however, that the cadenza was the item weighing on her mind as she proceeded to play the last movement as if all the troubles in the world were over. It was also the only time when the orchestra seemed as if they were enjoying themselves (albeit in their own little sections), and the violins nearly went out of control, but somehow they managed to stick together for a fast and thrilling end to the work.

Brahms’ Fourth Symphony is one of the most famous works in the world, and it was performed after the interval. In all honesty, I feel that only the brass section, the double-basses, and the timpanist deserve credit for this performance, if one can even call it a performance. The E minor opening in the violins certainly showed the promise of the orchestra, but in the end, all we got were glimpses of what the orchestra was truly capable of, before lethargy kicked in. Once more there were unintended accents in the wind and string entries, and perhaps the violins were working a bit too hard it felt as if they’d eaten away every note before a bow retake.

The slow movement, perhaps the best movement of the symphony, showed the orchestra’s strings with their lush sounds and almost-wonderful phrasing, which was once more nearly undone by their going out of control in the third movement. The last movement, the Passacaglia, was nothing short of musical caricature. After producing the most heart-wrenching melody, the first violins proceeded to hide in their own little world, leaving the rest of the orchestra behind. Oramo’s preference for a cheesy stop before the return of the Passacaglia theme was also highly disappointing after a huge buildup it felt as if the music suddenly suffered from erectile dysfunction. The massive tempo fluctuations were mostly done in bad taste the more familiar variations were played slower so the moment would last longer.

This promise and subsequent failure to live up to it by the orchestra was, in all honesty, so painful that I wonder how long it will take me to recover from the trauma of this performance?