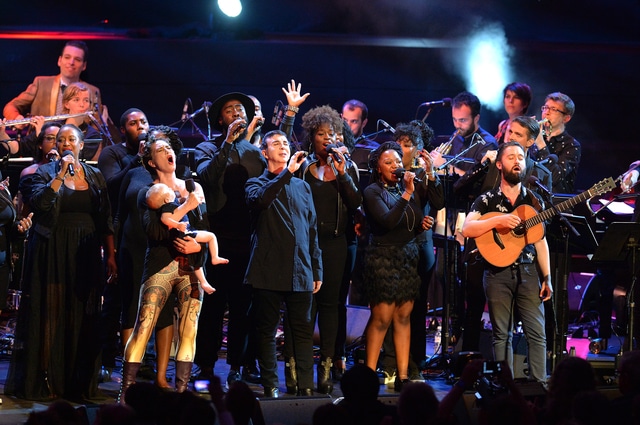 A tribute concert to David Bowie might well take place at Wembley; a celebration of tune and rhythm, with the audience singing along to Lulu, U2 et al, enjoying the pop-phenomenon aspect of Bowie’s genius. But Friday night’s Proms tribute was never going to be this. It was a Radio-6-Live-type Prom, rooted, as they are, in a more cerebral paradigm. It featured the likes of the experimental ensemble stargaze (with their conductor, André de Ridder), Marc Almond, Amanda Palmer, Anna Calvi, and John Cale – Bowie’s Velvet Underground mentor – with arrangements of the music by Michel van der Aa, Anna Meredith, Greg Saunier and others. No, this was always going to be the presentation of a series of intellectually interesting interpretations that explored the structural, art-music aspect of Bowie – something more Berlin-New-York than Brixton; the use of the word ‘curated’, at one point, should have been a clue.

And indeed it was a pot pourri of challenging and interesting (although not always likeable) covers. Some – such as the opening instrumental dark-subway-rustle-and-squeak that became Warszawa, or the minute-long set of wind-instrument note clusters that was apparently Rebel Rebel – were almost unrecognisable. The counter-tenor Philippe Jaroussky’s account of Always Crashing The Same Car (accompanied by an amplified Celtic harp) was an exercise in the ethereal that seemed out of place even in such an eclectic mix. The audience was granted its sing-along in places, and the final minimally orchestrated staccato rendering of Let’s Dance with fife and drum allowed a capacity Albert Hall audience to provide the tune and words in the perfect pitch of dedicated musical fans. 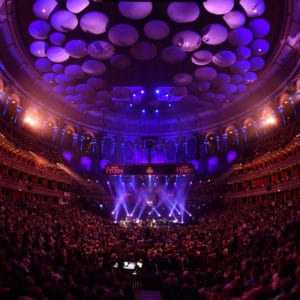 In between there were some stars and some flops. Marc Almond’s Kurt Weill-esque style has a certain charm, and letting him loose on such a classic as Life On Mars (especially when The Divine Comedy‘s Neil Hannon, also performing, has recorded an excellent cover of the song) was a risk: it wasn’t the crowd-pleaser it might have been, but Almond’s uncertain pitching worked well with Anna Meredith’s edgy and chaotic orchestration. Starman, the song that launched Bowie’s career, should, however, have been kept well away from him: the chorus is such a magnificent cliché of lyricism, it deserves a diva, and Almond’s truncated breathy phrasing killed it.

Hannon was allocated This Is Not America and Station To Station (in duet with Palmer). He acquitted himself well enough – his wobble sounding at first like a send-up, until you remembered it has always been a Bowie influenced tic – but there was nothing too special there. Conor O’Brien’s gentle vocals for a Klezmer/Fado treatment of The Man Who Sold The World, and Laura Mvula’s strident delivery of Fame against a backdrop of pecking woodwinds and string/horn glissandi were highly effective, as was The Blue Nile man Paul Buchanan’s hoarse rendering of Ashes To Ashes accompanied by a busy Beatlesy string quartet. Palmer’s performance of Heroes to a Copland-style hoedown rhythm was, perhaps, a mixed blessing, as it felt a little too light on its feet.

The highlights, though were Cale’s frankly terrifying Valentine’s Day – which he sang in a floaty costume suggestive of Marley’s ghost, accompanying himself with insistent zombie-apocalypse synth chords against distant orchestral howling – and two full-on Jherek Bischoff arrangements. The first, featuring Calvi as an unlikely Shirley Bassey, was a Bond-theme pastiche of Lady Grinning Soul, finishing with massive guitar power chords and the Albert Hall organ at full throttle. The second was a truly inspired account of Bowie’s legacy – the title track from Black Star; Calvi and Palmer portraying perfectly the desolate feel of the piece in a heart-wrenching duet that once again blossomed into weighty organ-led orchestration.