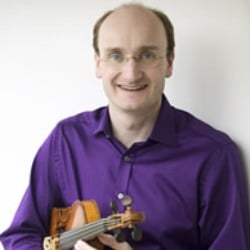 In the late 1730s, it was thought that Handel would never compose again.

He was exhausted from stress, he had suffered a serious injury to his hand, and furthermore, his beloved opera seria was no longer popular in London.

Handel was forced to turn to a different medium oratorio for only in such religious works could Handel maintain his flair for dramatic vocal writing. Alexander’s Feast was not the first oratorio Esther, Deborah and Athalia had already come and gone but it was the first to achieve large-scale popular success.

The work concerns itself with John Dryden‘s great poem of the same name (subtitled The Power of Music), in which King Alexander is pushed to experience a wide range of emotions by latter-day Orpheus, Timotheus. The musician’s manipulation of his master would no doubt have amused the contemporary audience.

The version performed on Tuesday was not the original Handel score, but rather a version re-orchestrated by Mozart in 1790 after he had finished the Jupiter symphony (No. 41). For Mozartians, this rarely-heard work is a fascinating look at the composer’s late years. Above all, we see the development in his use of woodwind that would be taken to its climax in The Magic Flute. The subject matter of this work the redemptive power of music also parallels that of the opera.

Gone is Handels sparely orchestrated scoring, beautiful in its simplicity, and to replace it the orchestra is filled with Mozartian warmth and tenderness. Occasionally this seems to overpower the meaning of the text, with superfluous woodwind lines interfering with the singers’ parts, but in this performance, the virtues of Mozart’s version become apparent.

Top of the bill was the soprano of Sally Matthews: her luxurious yet focused tone, her pristine coloratura, and her impressive pianissimi were complemented by a powerful stage presence. She also looked stunning in her green dress! Tenor Paul Agnew possesses a reliable vocal instrument perhaps not exceptionally beautiful, but a mellifluous and natural voice nonetheless. All regions were generally secure, even if his high notes sometimes strayed outside the correct pitch.

The baritone of Roderick Williams was occasionally overpowered by the orchestra, but again his voice was secure, particularly in the intricate passagework of his Act Two aria. The Choir of The English Concert were often powerful, and they managed to accommodate the extremes of expression that Handel demands. If there was one criticism, it was a lack of precision in the placing of consonant sounds, but this really was a minor fault. Their performance was excellent.

The conductor, Andrew Manze, is much praised for his interpretations of this repertoire, and he did seem genuinely enthusiastic and friendly in the pre-performance talk. However, his performance on Tuesday often lacked passion. It was all accurate and acceptable, yet the orchestra was often to be found on autopilot, only occasionally searching for insight in the music. Things picked up near the start of Act Two, where some thrilling orchestral writing drew a more involved sound from the players, but otherwise everything seemed just a little too comfortable. The horns in particular struggled with a number of moments, and only in the solo cello part of ‘Softly sweet’ did anything approach complete emotional involvement.

The latter complaint was the only true fault of a gripping performance by a group of true professionals. And though it really means very little, it was also brilliant to see so many smiles on the platform. Roderick Williams in particular seemed to be greatly enjoying himself, grinning cheekily up to the Gallery when he first emerged. All three soloists were characterful, and their involvement with the audience really paid off, with an engrossed house appreciating every note that was played. In a year where all Mozart’s major works will be hacked through, it was refreshing to see a lesser-known piece given what was overall an enjoyably committed performance.