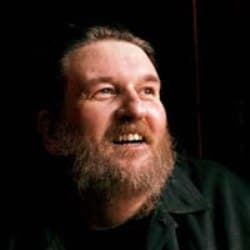 Never ones to shirk a challenge, the London Sinfonietta opted for thesecond Proms season running to take a large scale 20th century vocal score head on,making a refreshing break with tradition in their T-shirts and jeans asthey did so.

This is in response to the wide varietyof chosen texts, from Cuban and Black American poets to Brecht.

In anextraordinary hour and a half of music we heard samba, swing, a waltz, aMahlerian funeral march, a sober throwback to the 19th century – styles alltoo varied to describe adequately but somehow united by the composer, withsome extraordinary instrumentation at his disposal.

All were moulded into a coherent whole by Oliver Knussen,making a rare appearance in London these days, and his team of crackinginstrumental soloists, some asked to play as many as five instruments asthe work’s course unfolded.

However, problems arose when it came to the question of balance betweenthe vocalists and the ensemble. Christopher Gillett gave a committedand often sensitive performance – his singing in the Richard W. Thomas poemThe Worker was intensely moving – but his voice was too oftenoverwhelmed by his accomplices. The Albert Hall acoustics are notorious intheir lack of sympathy for pieces of this scale, and with the tenorfrequently placed against a full ensemble his voice was nearly lost inlouder poems such as Electric Cop. Admittedly at this point theaudience were distracted by David Hockings donning boxing gloves forhis latest percussive trick with the metallophones, but the issuefrequently recurred.

To a lesser extent this problem affected Mary King, though herscoring from Henze was more economical, and so there were plenty of chancesto admire her Sprechstimme and immaculate vocal control. A red featherboa was her prop for Thoughts Of A Showgirl, appreciated by thesprinkling of front row Prommers, while she reached impressive power in theclimax of Advice To A Lady. Screams, though, was too politewhen measured against the instrumental contributions.

Once again the Sinfonietta were beyond reproach. David Hockings did anheroic job in what looked like a dedicated percussion laboratory, the brasssection stamped their feet in Ho Chi Minh’s Prison Song, intonedperfectly as accompaniment to Gillett in The Worker and poppedballoons in Electric Cop. The extraordinary instrumentation included wineglasses, tape and mandolin, played by leader Clio Gould in additionto violin and viola!

One of the Proms’ principal strengths is in the opportunities offeredfor first time listening, and anyone doing so with this eye popping musicwill not have been disappointed. Despite reservations of the venue’ssuitability, the full range of Voices was fully delivered.