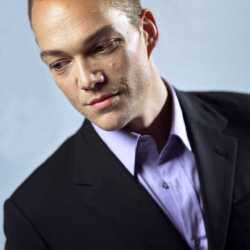 In his Proms debut, Kazushi Ono, Musical Director of La Monnaie in Brussels, led the BBC National Orchestra of Wales in a performance that started slowly, peaked before the interval and ultimately didn’t deliver.

Toshio Hosokawa‘s Circulating Ocean was premiered by Valery Gergiev at last year’s Salzburg Festival and this was its first UK performance.

From a very quiet opening on strings and occasional percussion, it sets a tone of ebb and flow that continues for over twenty minutes.

The music breathes gently in and out (Hosokawa talks of the orchestra being “seen as the traditional Japanese sho, a kind of mouth organ”) and a seascape, rather a grey one, is evoked. The composer intends this to reflect the human life cycle. There are storms as well as stillness but it seemed to me an ocean that’s not too deep or inviting.

Having heard a sublime performance of Mahler’s Lieder eines fahrenden Gesellen at the Wigmore Hall earlier this year, with mezzo Alice Coote accompanied by Julius Drake, I was almost expecting not to enjoy the orchestral version in the rather less intimate atmosphere of the Albert Hall. Of course, this is a very symphonic work and the full orchestration serves Mahler’s beautiful score far more than the piano alone can. Ono’s conducting brought out much colour and joy, amidst the despair of the wayfarer torn between the beauties of spring and his sense of loss. The vocal lines are delicate and baritone Christopher Maltman sang sensitively without being defeated by the vastness of the hall. This turned out to be the highlight of the concert.

Themes from the song-cycle turn up in Mahler’s contemporaneous 1st Symphony. Shostakovich also recycled material in his final symphony. Coming after the magnificent song-cycles of the 13th and 14th symphonies and before the Michelangelo Suite, the 15th is one of his strangest works. Written in 1971, it’s a return to traditional symphonic form. The light-hearted first movement, with its quotations from the William Tell Overture, seems out of keeping with everything else he was writing then, including the rest of the symphony. He described it as a “toy shop at night” and, while it’s fashionable now to disbelieve anything Shostakovich said publicly, who are we to argue with it? It’s certainly an apt description.

The symphony began well, a lively first movement with a light touch that made me smile. The Adagio, with its brooding cello solo, still held out the promise that this would be a bit special. Unfortunately, it all fell apart in the Scherzo. The tempo was slow, almost sluggish, and the performance never recovered. The clicking percussion that ends the work, carried over from the 4th Symphony and heard first in the Scherzo, was as chilling as ever but it wasn’t enough to rescue things. Had this been the first time I’d heard the work, I’d have thought that Shostakovich’s powers were waning by the time he wrote it, which I don’t think is the case. Whatever he meant by his use of motifs from Wagner and themes culled from his own earlier works, this is a fascinating work but this rendition left me feeling rather flat.

Whatever the shortcomings of the evening, it was disappointing to see empty seats far outnumbering filled ones and the arena only half-full. This was an excellent programme and, while we can’t expect all 90 proms to be full, it deserved better.