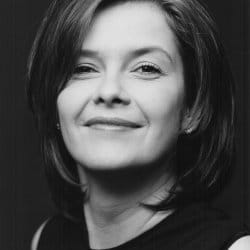 Andrew Davis, back with the BBC Symphony Orchestra, conducted the world premiere of Julian Anderson’s Heaven is Shy of Earth and a lively performance of Ravel’s Daphnis and Chloe.

Julian Anderson is a young composer who has enjoyed a previous Proms commission (The Stations of the Sun in 1998) and a number of other Proms appearances, including two works during the 2002 season.One of them, Alhambra Fantasy, has just been released by Ondine Records, his first major recording, timed to coincide with this new BBC commission at the Proms.

He’s been getting a lot of press attention recently, so there were high expectations for this performance of Heaven is Shy of Earth. The title is derived from a poem by Emily Dickinson. Underlying it is the idea that the earth, despite its more obvious failings, has beauties that can put Heaven to shame. That’s a mighty claim but the composer says “the strong instinct for celebration is one way of transcending the chaos”. For me, this 35 minute work doesn’t quite compensate for some of the calamities currently ravaging our world but the intention is to be applauded.

It is in five parts entitled Intrada, Kyrie, Quam Dilecta Tabernacula Tua, Sanctus and Agnus Dei. Dickinson’s poem sits alongside the Latin texts of the Mass and an extract from Psalm 84. It’s an eclectic mix, the American poet’s words sandwiched between those of the Sanctus. Anderson says he is not religious and that this work should be seen as a sort of secular Mass, along the lines of Janacek’s Glagolitic Mass or Martinu’s Field Mass. The latter certainly came to mind during the Intrada, beginning on solo flugelhorn, then joined by percussion and a small group of other instruments.

Anderson was fortunate in having mezzo-soprano Angelika Kirchschlager as soloist. She’s an attractive artist who brings great integrity to everything she does. The vocal writing, for both mezzo and chorus, is lyrical and alternates in prominence with the orchestral writing. Percussion is used sparingly but effectively during the piece and there’s some fine orchestral writing, although overall it’s a somewhat dry and unexciting work.

Which brings me on to Ravel’s Daphnis and Chloe, which I have to confess I find very tedious. Whatever its qualities when staged, it doesn’t lend itself to concert performance. Because of its highly impressionistic nature, it seems to strive for effect and any sense of excitement gets lost along the way. There’s endless string writing and overall it’s rather lacking in architecture or direction.

The second suite, which is identical to the third part of the ballet, can be exciting, however. This was almost enough to win me over but you do have to sit through a lot of rather disjointed and overblown music before that.

Having heard the complete Daphnis and Chloe several times recently, I’m in no hurry to see the ballet but Andrew Davis and the BBC Symphony Orchestra and Chorus, always a winning combination, did give a lively and colourful account.

This was a programme that lacked a really exciting work to lift things and send us home thrilled. It was never likely to attract a capacity audience but it was a pleasant, if not overwhelming, evening for those of us who were there.