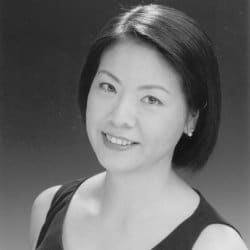 The concert was supposed to be important because of the world premiere of James Dillon’s piano concerto which was commissioned by the BBC.

In the event it was important because of the combined qualities of the orchestra and their chief conductor.

The trouble with the piano concerto was that, in spite of all efforts by the listener, it did not make sense and it was just too long to sustain even well-meaning interest.

The pre-concert talk, generously offered free of charge, did not help. Though Dillon titled his concerto as Andromeda, he told us that he wanted the audience to listen rather than to rely on the title. But in his own programme note he spends the first 70 words on Andromeda, the offspring of Celeus and Cassiopeia (night and darkness) who is a personification of the dawn. We learnt during the pre-concert talk that Dillon never studied composition, never had a composition teacher. In his twenties he became very interested in music analysis, particularly in Schenker. Nevertheless, he wanted to compose music which could not be analysed.

I am wondering how many of the prommers appreciated such statements in Dillon’s programme note as the following two quotes. ‘If the concerto during the early period of modernism inherits and maintains the idea of the heroic struggle, the emphasis often shifts to the level of the material itself. Its repertory of gestures (the displaced elements of concerto form: cadenza, ritornello, ripieni, etc.) function only as a chain of traces in a theatre of memory.’ ‘The invocation of the Andromeda myth serves only as an allegory to some protean theatre, whether it’s the uncanny cries of Andromeda or perhaps the echo of the shoreline.’

The 35 minute-long piece which, according to Dillon, is somewhere between concerto and concertante, consists of 15 continuous sections including a coda. To me the sections felt disjointed, as if they were cinematic ideas without coherence. Dillon had large forces at his disposal (evidently with no expense spared) including five percussionists, seven trumpets/trombones/tubas and so on. It is clear that Dillon knows what various instruments are capable of and he utilises those possibilities. Also, full marks for never drowning the piano solo (played by Noriko Kawai). Indeed, there were several sections with muted trumpets/trombones/tubas: as an ex-orchestral player, who used to sit directly in front of those instruments, I applaud these long muted passages. Brass instruments do not have to be always loud in order to be effective. But a piano concerto should not be boring and over-long. It would be nice if it had directions and various levels.

Sibelius’ En saga opened the concert. It is relatively early Sibelius – op.9 written in his late twenties and revised ten years later. The two main themes stay in the mind for long after the concert, not so much because of their beauties but because of their relentless repetitions. The viola theme with its dotted rhythm seems to be ever present, even the main percussion gets to beat it out. It is a pleasant work to listen to.

The highlight of the concert was, without doubt, Stravinsky’s Firebird in the full-length original version for ballet (rather than as any of the three orchestra suites later prepared for concert performances). Both conductor Ilan Volkov and the orchestra were magnificent. I would have liked the Prom organisers to be adventurous and use part or perhaps the whole of the Promenaders’ arena to add some dancing. Stravinsky did write this score for ballet, so notwithstanding the exciting and beautiful music arguably part of the composition was missing.

Volkov’s control is admirable. He knows his score, has a clear vision of direction and he creates seamless joints between the balletic scenes. Presumably he encourages (and certainly allows) his players to sing on their instruments. Towards the end of the piece the slightly oriental bassoon solo, composed in six flats, was as beautiful and subdued as one can wish for in that key.

I should also mention the outstandingly beautiful clarinet solos as well as the horn solos both in the Sibelius piece and in The Firebird. We were treated to magnificent art by the hushed horn solo ushering in the solo strings in the Sibelius or, in the same piece, by the melancholic clarinet solo with such variety of shades. First clarinet Yann Ghiro and first horn David Flack made my journey to the Royal Albert Hall worthwhile. But so did the whole orchestra who will embark on a Sibelius series in their forthcoming autumn season. Don’t miss it, if you are anywhere near Glasgow.