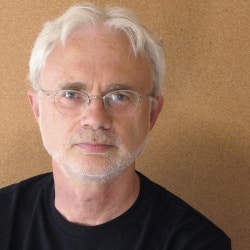 Given the much-discussed unpopularity of contemporary classical music, perhaps John Adams is our one great hope.

Of all modern composers, he has been proven to appeal to a wide audience, as the performances of Nixon In China at the ENO can testify.Then again, his popularity is not surprising, considering that Adams is one of the more accessible of modern music-makers.

His compositions may often be a bizarre collection of stylistic opposites, but they are just as frequently tuneful, rhythmically inventive and imaginatively scored.

Take the piece that opened Friday’s concert, My Father Knew Charles Ives. It is an Ivesian accumulation of genres we have a little minimalism, an occasional marching band, the odd quotation from Beethoven. In the second movement, the oboe-infested depiction of Lake Winnipesaukee in New Hampshire is interrupted by distant strains of jazz, floating over the water. The music is partly programmatic, partly evocative, but above all a lot of fun. The incessant string rhythm of the final bars arouses the senses like little else being composed at present.

Friday’s programme consisted of this and two other works, chosen to show the wide span of Adamss career. Beginning in 2003 with the aforementioned My Father Knew Charles Ives, we progressed through the 1988/9 piece The Wound-Dresser back to 1985, and the seminal Harmonielehre. The Wound-Dresser is a setting of much of Walt Whitmans poem, and is a tragic and bleak work. It was a brave way to end the first half of the concert. It also contrasted the epic merging of Minimalism and late Romanticism in Harmonielehre, which was to follow.

To hear a composer conducting his own work should be an event, shouldnt it? Well yes, it should, and this was to an extent. The ecstatic applause from the devoted Proms audience would certainly suggest so. Yet something seemed to be missing. Adamss conducting skills sadly seemed inferior to his ability as a composer, and he cut an awkward figure on the podium.

Admittedly, he often produced an exciting sound. His climaxes were powerful, notably at the start and finish of Harmonielehre – although with all sections playing fortissimo, this was hardly surprising. Elsewhere, however, Adamss lack of clear direction had a detrimental effect on the BBC Symphony Orchestra. Parts often splayed into one another. Woodwinds came in too late. Cellos and double basses were off. A string glissando was inaccurate. Not only did the orchestra seem uncomfortable with Adams at their helm, but often they appeared to be under-prepared.

Heads were buried so deeply in scores that Adams’ attempts to at ritardandi or dynamic variations were generally ignored. In Harmonielehre‘s final section, Adams resorted to springing animatedly up and down on his podium, trying in vain to catch the attention of his players.

One could savour the occasional moment of orchestral excellence some nimble double bass pizzicato in Charles Ives, a solo violin countermelody in The Wound -Dresser but much else was a little strained, a little underwhelming. The final movement of Harmonielehre, to use but one example, demanded a childlike glee and innocence, but this was marred by the tuned percussion being whacked out at something approaching full volume.

Thank Heaven then for bass Eric Owens, making his Proms debut in The Wound Dresser. The Americans gravelly tone and constricted top range was perfect for this most emotionally devastating of roles, while intonation and enunciation were spot on. His climaxes were coarse and devastating, while the hesitation on ”the pangs are sharp yet unavoidable” suggested layers of interpretative possibility.

Ultimately then, the concert was a mixture. On the one hand, Adams is a stunning contemporary composer who deserves any accolade that can be given to him. To see him conducting his own work is an opportunity that must be taken by any serious musician. On the other, the man’s conducting seemed weak on Friday, and the resulting performance seemed rather like a let-down, despite the thunderous applause that it garnered.