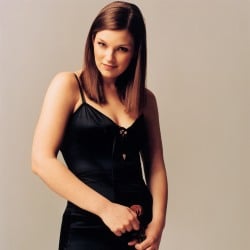 The arrival of youth orchestras at the Proms is always an exciting event, and normally these concerts are among the highlights of the festival.

Colin Davis has already conducted the National Youth Orchestra this year, and on Saturday the Proms audience was treated to the European Union Youth Orchestra under the baton of Vladimir Ashkenazy.In the sensibly-chosen programme, we had the two birthday boys, Mozart and Shostakovich, headlining the concert, and a piece by Schnittke to kick us off.

Schnittkes (K)ein Sommernachtstraum is a cheeky send-up of the classical style, with its set of variations based upon the banal melody of one of the composers early works. Initially we appear to be hearing a Classical minuet, albeit an unorthodox one. There is antiphony between the groupings of piano and violin, and flute and harpsichord. It seems very pleasant.

Then we realise that all is not what it seems, for Schnittke begins to take great pleasure in destroying the piece as it progresses. Dissonance becomes more and more ugly, modulations ever more erratic, unexpected soloists spring to the fore with bizarre, contorted melodic fragments. Comedy and tragedy are held in equipoise. The joy of the piece is shattered when a series of violent discords for full orchestra herald the return of the garishly distorted first theme.

It was an excellent choice since for once it found a link between Mozart and Shostakovich (of whom Schnittke has been called a successor in Russia) other than a shared anniversary. Ashkenazy encouraged a wide variety of colours and tones from the EUYO, whose initially measured Mozartian playing made the descent into musical disarray all the more amusing.

The orchestra was then joined by young Dutch violinist Janine Jansen to play Mozarts Fifth Violin Concerto. Her capabilities with a violin are evident, and she played with both delicacy and fire. Occasionally, definition on the intricate scalic passagework needed to be clarified, while some inaccurate double-stopping let down her otherwise secure first movement cadenza.

Elsewhere, her tone and phrasing were well judged and her violent attack on the Turkish passage in the final movement was spot on. Ashkenazy similarly judged Mozart to perfection in the first and third movements, providing a solid orchestral base of crisp strings and welcome warmth in the wind section. Sadly, he tended to overcook things in the second movement, which lacked lyricism or beauty.

The highlight of the evening was undoubtedly Shostakovichs Fourth Symphony. The piece has been heavily debated since its premiere in the 1960s. Shostakovich himself once noted it for being grandiose, and admittedly whatever it tries to convey is occasionally lost amid the lush orchestration and the vast profusion of ideas. Then again, judging by a performance such as this, it is among the composers most dramatically tight works.

In the chilling high woodwind part of the opening bars, Ashkenazy suddenly seemed at home. His conducting was precise and eager, as was the playing that he drew from the orchestra. It was hard to believe that the maximum age of the players is 24, given their astoundingly musical performance. The incessant cello rhythms were sprightly and exact, the woodwind full of character, the brass pleasingly vulgar, the great percussion-infused climaxes shook the hall with their ferocity. The speedy fugue at the close of the first movement was as convincing as it possibly could be. Solo parts were unanimously professional, although special mention must go to Zsolt-Tihamér Visontay, who led the violins with authority and dignity.

Ashkenazy shaped and moulded the symphonys three movements with understanding. His conducting responded to the ebb and flow of the music. His crescendi surged until that final gasp before the huge climax. In quieter passages the music was never allowed to reach stasis, with colours and textures emerging consistently from the score. The agony of the C minor ending, with the orchestra pushed to its lowest registers in the cellos and double basses, was prolonged and painful. The sincerity Ashkenazy gave to the jubilant brass of the preceding passage made this all the more tragic.

But someone should really put in the programme that we dont clap between movements, since both Mozart and Shostakovich were interrupted by infuriatingly polite applause from half of the hall. This aside, there was little to complain about, and I can only wish this fantastic group of young musicians the best of luck. After that stunning Shostakovich, they shouldnt need it.