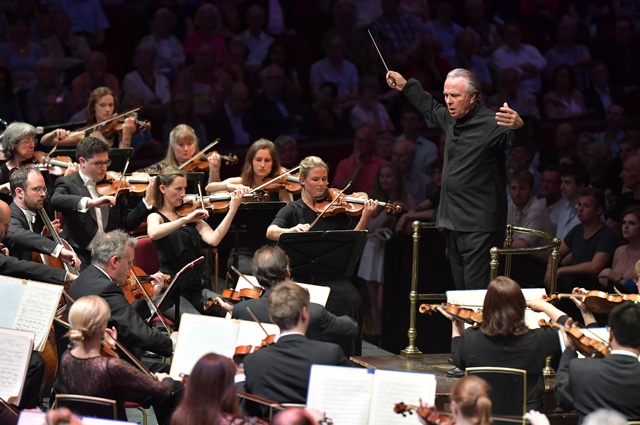 The Halle Orchestra’s appearance at this year’s Proms under its music director, Mark Elder, offered an eclectic (some might argue obtuse) programme consisting of Berlioz’ King Lear overture, the London premiere of Colin Matthews’ Berceuse for Dresden and Mahler’s Das Lied von der Erde. Try as I might, I couldn’t find anything to link the three works, and this lack of a thematic thread was probably why this Prom failed to coalesce.

Dark, brooding double basses and ‘cellos and a slow introduction belie the more familiar Berlioz traits of scampering violins and refulgent brass which duly make an appearance later in this 15-minute work. Its inclusion in this programme as part of the Shakespeare 400 celebrations seemed incongruous, but at least it received a robust performance from the members of the Halle. 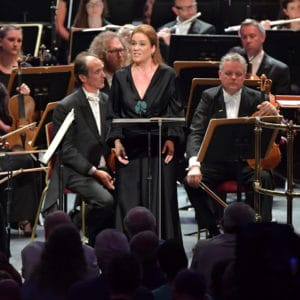 Commissioned to commemorate the rebuilding of the Frauenkirche in Dresden, Matthews’ threnody is based almost entirely on the the sounds of the eight bells of the Frauenkirche, here replicated in the performance. With echoes of Arvo Pärt and even Britten (the bells are redolent of Death in Venice), Matthews successfully creates an impressive sound world. The cellist Leonard Elschenbroich was the elegiac soloist, providing a wordless commentary on the horrors of war, and reconciliation.

Matthews’ presence was also felt in Mahler’s sublime song-cycle as the first movement ‘Das Trinklied vom Jammer der Erde’ was performed in his orchestration, although you’d be forgiven for thinking that Birtwistle might have had a hand in proceedings, given the calamitous opening on the horns. Despite Matthews’ best intentions by making this first song less of an endurance test for the tenor soloist by thinning out the instrumentation, Gregory Kunde still had difficulty cutting through the orchestral texture, and his effortful delivery set alarm bells ringing. You don’t necessarily need a heldentenor, as Toby Spence proved with the LPO several years ago, but you do need one with robust tone and staying power – attributes that unfortunately seemed absent from Kunde’s vocal armoury. Elder also conducted sluggishly, there was no sense of drunken abandonment and little trace of ‘wine sparkling in the golden goblet’.

Thankfully things improved drastically when mezzo-soprano Alice Coote began ‘Von der Jugend’. Indeed, hers was a performance for the ages. Glorious tone, wonderful colours in the voice, faultless pointing of the text all contributed to an incandescent performance. By the time we reached the final, and longest movement, ‘Der Abschied’, everything came into focus. Elder drew miraculous playing from the orchestra and the contributions from the woodwinds in particular were astonishingly assured. But it was Coote’s mesmerising singing that impressed the most. Hand on heart, not only have I never heard her sing so well (and she has given much unbridled pleasure over the years), but this was the most heartfelt and moving interpretation of ‘Der Abschied’ that it’s been my privilege to witness. Her final, almost inaudible ‘Ewig’, like the rest of her performance, will live long in the memory.