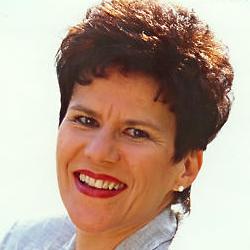 The classical music world was dominated last week with the news of the death of the legendary soprano Dame Elisabeth Schwarzkopf at the age of ninety.

Tonight’s Prom was dedicated to her memory – appropriately enough, because at its centre was the song cycle with which she was perhaps most associated, Richard Strauss’ Four Last Songs.

Schwarzkopf’s recording of the songs with the Hungarian conductor George Szell remains one of the two or three definitive renditions of the work on record, thanks to the singer’s feel for the words and extraordinarily beautiful tone.

More than anything, though, Schwarzkopf brought to the music an incredible poignancy a resignation about death that was slightly lacking from this performance by the Finnish soprano Soile Isokoski.

Isokoski has all the vocal beauty that the work needs, and she points most of the words nicely enough (though I detected occasional slips of vowel and consonant sounds). But she has neither the power nor the reserves for her voice to carry above the lavish Strauss orchestrations. One cannot imagine Kirsten Flagstad, who gave the world premiere of the songs at the Royal Albert Hall in 1950, sinking beneath the sound of the orchestra in Im Abendrot as Isokoski did.

Frühling showed security of tone in the upper register on the words ‘Wie ein Wunder’, for instance but the tempo was perhaps excessively urgent, for which Sakari Oramo (leading the Finnish Radio Symphony Orchestra) must take some responsibility. By contrast, September was too indulgent, the strings going over the top in volume and the tempo too slow. The flutes and clarinet contributed notable solos in the second stanza, however, and the horn solo was one of the evening’s highlights. Isokoski also coped rather well with the low tessitura of the final stanza of this Lied.

However, Beim Schlafengehen was a huge disappointment. That feeling of desolation and heartbreak that characterised Isokoski’s magnificent portrayal of the Countess in Le nozze di Figaro at Covent Garden recently was utterly lacking in this rushed account. The violin solo after the second stanza should make the entire audience weep, but this performance didn’t come close. Isokoski made the words ‘Um im Zauberkreis der Nacht (‘In the magic sphere of night’) fairly intense, but there was none of the magic that the words indicate (and even the horns let out one dud note here).

To start the evening, we heard Sibelius’ brief but fiendishly difficult The Oceanides. It’s one of the composer’s most subtle works, and here Oramo and his orchestra found great delicacy in the instrumentation. The timpani rolls at the beginning were gentle and considered; the contrapuntal string lines were played with great care; the horn was excellent and the clarinet solo was yearning. Perhaps one lacked a sense of the swell of the sea, but as an opening, this was more than efficient.

For me, the climax of the evening was Béla Bartók’s Concerto for Orchestra. It’s about time that we did more to celebrate the composer’s 125th anniversary, and programming this late masterwork was an ideal way of doing so. A commission from Serge Koussevitzky at the suggestion of the violinist Joseph Szigeti and the conductor Fritz Reiner, the ‘concerto’ is in five movements though as the programme note tells us, the piece has far more symphonic dimensions than a pastiche of the baroque concerto grosso would.

Oramo led the orchestra in an undeniably exciting rendition from first to last. The string section of this Finnish orchestra is wonderfully dextrous, negotiating this hefty piece with great flair. The first movement started atmospherically, with the low strings playing a quiet theme following by mutterings from the flute and trumpet. Then the violins launched into their manic main section, echoed by the winds, with the clarinettist particularly standing out. The canonic stretto for the brass was blazingly played.

The second movement is an extraordinary piece of music. Entitled Game of the Pairs, it is a chain of dances for pairs of instruments at set intervals. We have bassoons in sixths, oboes in thirds, and clarinets in sevenths (the latter were particularly good here). The trumpet duo was especially good, playing with mutes in major seconds. Then the brass chorale was warmly done, and I noticed the string section accompanying with especial sensitivity at this point.

Tempo choices were still a problem in the Bartók, and the supposed slow movement the Elegia – was anything but slow. The strings emerged too rapidly, the woodwind solos came and went quickly, and it was impressive that the horn player managed to keep up at this speed. As with the Strauss, the performance was polished but lacking the heartbreak.

Similarly, the quotation of Shostakovich’s Seventh Symphony in the fourth movement was done with an excessively fast tempo; had the programme note not mentioned the fact, I would not have noticed the citation. Yet, the players were so virtuosic that it scarcely mattered on one level, and the final two movements were both so thrillingly done that any questions of taste and interpretation went by the board.

This was a very fine concert of music by three important twentieth-century composers; Oramo and his orchestra did themselves proud with their technical abilities, which seem to have few limits.