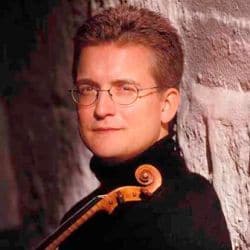 After some substandard proms over the last few weeks, I was delighted that this evenings prom lived up to, and exceeded expectations.

The BBC Symphony Orchestra, under the baton of Chief Conductor Jir Belohlávek, kicked off this evening with Robert Schumanns Overture to Manfred.

From the dramatic opening where Belohlávek squeezed out every ounce of tonal ambiguity from the music, one could already tell this would be an exciting evening, and indeed it was.

The entire orchestra put all they had into each and every single note, and the perfect intonation and long lines, amidst the tragic romanticism, brought out the sublimity in the music la Kant the poet challenging God and Man. The slightly more tender middle section was truly heart-warming, but Belohláveks reading somehow managed to convey an undercurrent of sorrow.

After this, the music picked up and went into dramatic flying bows and more tragedy, with simply breathtaking sudden stops in the music, and syncopations in the strings almost too painful to bear. The delicate ending was done immensely well, and left the audience holding their breath as they waited for Belohlávek to lower his baton. My only gripe is that the timpani does not really sound in the Royal Albert Hall, and perhaps the BBCSO could consider investing in brighter-sounding ones.

Violinist Christian Tetzlaff was up next with the Beethoven Violin Concerto. I must admit that never in my life have I ever heard such excellent coordination between soloist and orchestra. Coupled with Tetzlaffs incredible bowing technique and overwhelming tone, the scales and arpeggios that make up the first movement actually become a musical roller-coaster experience. I personally think his vibrato is generally too wide, and he could have saved his wider vibrato for really special moments, but in all, the first movement was, and is, the best performance of the Beethoven I have heard thus far.

I am not sure, however, about the cadenza that Tetzlaff himself arranged. While some of it was very well-written, I would like to suggest leaving out the second minute, since the motifs in the cadenza itself have nothing to do with the music of the concerto. The slow movement consisted of some most heart-wrenching sequences. The warm horn calls against the dense and heavy violins was a merely a demonstration of the extremities of the colour changes that the orchestra went through. Once more though, I question the need for an extended cadenza at the end of the movement. It is my opinion that violinists of Tetzlaffs stature and ability will leave their own mark and legacy upon the world without having to resort to over-the-top shows of virtuosity, but this is very personal and subjective.

Tetzlaffs impeccable technique once more dominated the last movement of the Beethoven Violin Concerto, making it sound like the easiest thing in the world (which it is not), and as a testament to his bowing technique, his string-changing was so clean one could hardly hear him transit from the D string to the A string. The only other person whom I have heard who could do this was the late Henryk Szerying. Tetzlaff was literally dancing on stage as the orchestra hit the gas pedal, bringing the work to a humongous finish.

For his encore, Tetzlaff treated us to the Adagio from the Bachs A minor Sonata for Solo Violin. The Adagio has the distinction of being one of the few solo violin works where the violinist has to play both melody and accompaniment at the same time, and Tetzlaffs incredible bowing technique brought out the two lines so intricately that music analysts would have been able to analyze it all aurally. c.

Mendelssohns Third Symphony, the Scottish, completed the evenings programme, and Belohlávek once more managed to impose an underlying tragedy throughout the work. The harmonic changes were soul-wrenching, and even in the Viennese Dance movements where one gets more lightheartedness, the feeling of being haunted never leaves.

The long, never-ending lines in the slow movement were anguished, and the faster last movement was played with so much grief I felt each octave leap in the violin as a hammer on the nail on my own coffin. The fugal middle section only served to emphasize that, and it was only in the final A major section that the tormenting of my soul stopped, and the grandness and promise of life-eternal (as Mendelssohn himself believed) became apparent.

In all, an amazingly haunting performance. I need to find a recording of this.