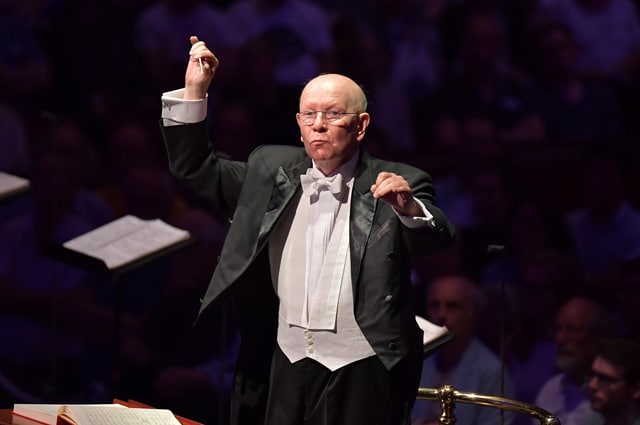 There’s been a drought of Janáček operas in London over the past few years. Inexplicably so, but it seems as this temporary side-lining of one of the most original musical and dramatic voices of the 20th Century is now coming to an end. Although given in a concert performance, Jiří Bělohlávek and the Czech Philharmonic delivered an outstanding Jenůfa at the Royal Festival Hall in April this year. And in June English National Opera went that extra mile with a shattering revival of David Alden’s 2006 staging. Now, with this exemplary concert performance/semi-staging of The Makropulos Affair at the Proms, and a promised mini-Janáček cycle at The Royal Opera in the pipeline, Janáček’s operas seem to be regaining their rightful place as central to the operatic repertoire.

Bělohlávek gave notice in Jenůfa that these days he is one of, if not the finest conductors of Janáček before the public today. What made that performance essentially memorable was Karita Mattila’s assumption of the role of the Kostelnička, although as she has only sung it once before, she relied heavily on her score. Understandable. 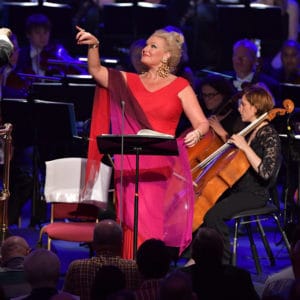 The prospect of seeing them both reunited for this Prom was mouth-watering, but even so, nothing could have prepared us for the sheer brilliance of his conducting, and her singing. Of course it made a huge difference that Mattila has sung the role of Emilia Marty, the 337-year-old opera singer, on numerous occasions in many of the world’s top opera houses.

Her affinity with the role shone in every bar. Every nuance of the character and text was perfectly teased out, and embodied every facet of the role. Haughty, imperious, funny, and ultimately tragic, Mattila gave an object lesson in how to act with the voice – and what a voice it is. Although now in her mid-50s, it is as pristine as we recall from many memorable appearances at The Royal Opera in the 90s. True, there’s more metal now but she uses that to her advantage, and whilst there have been many memorable sopranos have sipped the elixir of longevity over the years, none can have sung it as beautifully as Mattila.

Bělohlávek and the BBC Symphony Orchestra gave a wonderfully idiomatic reading of this fascinating score, aided and abetted by a supporting cast of native Czech-speakers. Too numerous to mention in full, there were telling performances from Aleš Briscein (Albert Gregor), Gustáv Beláček (Dr Kolenaty) and Svatopluk Sem (Baron Jaroslav Prus).

Let’s hope that Bělohlávek and Mattila are reunited for the rumoured staging of Več Makropulos at The Royal Opera – if they’re not, it would be a travesty.