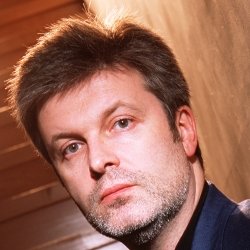 In his final Prom with the London Symphony Orchestra as Principal Conductor (though he may be back next year as their President), Sir Colin Davis took to the podium in three works that sum up most of his concerns as a conductor.

Berlioz is, of course, a life-long obsession; Davis’ long-standing dedication to British music was represented by Elgar; and in a substantial work by James MacMillan, Sir Colin continued his crusade of new music by putting the piece at the heart of the evening’s programme.

The overture to Les francs-juges is Berlioz’s earliest surviving orchestral work, and as David Cairns says in his programme note, the composer’s mastery of orchestration is already outstandingly mature. I was particularly struck by a moment in the middle of the piece, where the flute takes over a grazioso line from the violins whilst the strings and timpani pulsed gently underneath. Berlioz’s understanding of how to manipulate the forces’ registers in this way is astounding, and in Sir Colin’s hands it was a moment to cherish.

Admittedly, the opening was a bit scratchy, with the strings’ vibrato not taking wing with the utmost accuracy for the first five minutes, and the brass had a noticeable blip (though these instruments are difficult to warm up). The fast movement, however, was excellent, and as thrilling an example of this ideal conductor-orchestra team as you will find.

It just so happens that the last time that James MacMillan’s The Confession of Isobel Gowdie was performed at the Proms was also my first time of attending the festival (back in 1994). Twelve years on, I still marvelled at the sound-world created by the complex string textures in the opening and final sections. The LSO really excelled at performing the composer’s gradual outpouring of tone, making it a surprisingly compelling canvas of harmony. The opening had an elemental quality, with clarinets and horns wavering on consecutive tones, followed by yearning bassoons and cellos.

All of this atmospheric material, MacMillan does wonderfully well. However, I find the middle section monotonously percussive and rhythmically banal. The antiphonal effects between the two percussion players on either extreme of the platform led nowhere, and the poor double bass players had to flap about on their fingerboards in the manner of a mindless infant. So when the thirteen soundings of the same massive chords came at the apex of the piece, they did not maximise their dramatic potential: this moment could have been a clever, hellish version of the clock striking twelve in Prokofiev’s Cinderella, but because the percussive element had already pervaded the music, the effect was a little banal.

Nevertheless, the orchestra did a marvellous job, and Sir Colin’s attention to detail and clear conviction in the quality of the piece made it an unpredicted highlight of the Proms season.

The main item on the programme was Elgar’s hour-long Second Symphony. Though never quite as popular as his first foray into the genre, this is an interesting piece on an epic scale. It was a treat to hear the LSO on such good form, and a scandal to find that the hall was easily half-empty. Why do people avoid the high class events?

The symphony was dedicated to the late King Edward VII, who died in 1910, and the first movement certainly captured the pomp of the monarch in this performance. A spacious opening statement in the violins gave way to the darker colour of the cellos; throughout this, the trombones underpinned the harmony with sombre tones. The central section had an opiate quality, with a dreamlike stance all the way through, before the return of the stately opening material complete with timpani rolls and a massive string climax.

By far the highlight of the concert was the slow movement, which was paced to perfection by Sir Colin and played with all the warmth that the LSO could muster. The third movement had all the lightning flashes of a good scherzo, complete with trumpet interjections and fluttering clarinets, and the finale was another massive edifice, ending the concert in triumph and with great atmosphere.