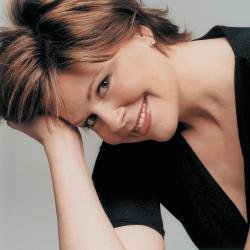 One of the Proms’ primary concerns is to promote young performers, and this concert ceded the platform to the Gustav Mahler Jugendorchester, founded by Claudio Abbado in 1986.

Unfortunately, their conductor on this occasion was not Abbado but Philippe Jordan, whose tendency towards flashy movements rather than refinement left the young players somewhat in the dark as to the interpretation of the three tricky pieces on offer.

Youth orchestras normally benefit more from someone with a lifetime’s experience, as the recent National Youth Orchestra Prom with Colin Davis showed, so it was a surprise to find the relatively young Jordan in charge of the GMJ.

The evening started with an efficient but hardly thrilling rendition of Richard Strauss’ Don Juan. It’s an almost indestructible showcase for the entire orchestra, and in its opening theme it has one of the most recognisable gestures in all classical music. Already the strengths and weaknesses of the orchestra were evident. On the plus side, there were several extraordinarily gifted solo players, for instance the solo oboe in the middle section, the lead bassoonist (who was excellent throughout the evening) and a good stab at the solo violin part by leader Franz-Markus Siegert.

But the negatives are plentiful. The main issue was a lack of tone, warmth, coordination and attack by the entire string section; a professional orchestra half their size could make twice as much sound. In the opening statement, there was no connection between the strings’ line and the high winds, where there should be a smooth connection. The brass had some minor blips, but the main problem was in the interpretation. Jordan exaggerated the caesura near the end of the piece to the extent that the music almost seemed to have come to an accidental stop. Crescendi were always poorly calculated, because his gestures rarely helped the players to gauge them, and there was a lack of rhythmic crispness. More than anything, there was neither the swagger of the serial seducer nor the sensuality or eroticism in the broader passages.

The main draw of the concert was the belated Proms debut of Susan Graham in Ernest Chausson’s Poéme de l’amour et de la mer. Despite the promise of the programme note – ‘Expect to be overwhelmed and you won’t be disappointed’ – the performance was incredibly bland and underpowered. Graham excelled as the Composer in Strauss’ Ariadne auf Naxos at Covent Garden a few years ago, but here the voice seemed frayed on the top and even a bit thin at the bottom. She struggled with the hall’s acoustic, and considering that she has recorded the piece to great acclaim, I was surprised to see her using the score so intently at times (though it was unhelpfully adjusted too low for her to use properly).

The orchestration is extremely lavish, with flute solos winding around on top of a sumptuous string texture for much of the time. It palls, though, and the composer seems to have little sense of text or drama.

In the opening stanza of La fleur des eaux, the clarinet solo was exquisite, and the high tessitura of the violins in the refrain after stanza 2 was excellent. Yet Graham’s voice had a wide and excessive vibrato in this song, and she often seemed stretched by high-lying lines. The bassoonist was once again the notable soloist in the interlude, whilst trilling flutes opened La mort de l’amour with more sensuality than was shown in the Strauss work at the start of the evening.

Graham seemed a little more warmed up, and she made more of the words; her phrasing was also more particular and elegant. Even here, though, she sounded more frayed than is normal for her; perhaps she was just having a bad night.

Shostakovich’s Sixth Symphony wasn’t the most impressive end to the concert, either. The problem with many youth orchestras is that they simply aren’t experienced enough to play with the kind of élan that such sophisticated music requires. You either play off the edge of your seat, or the piece dissolves, as happened here. Of the half-hour work’s three movements, the second and third are both ironic fast movements, and the dexterity they need was not on display in this performance: it fell flat. The Largo was a bit drab, too, the strings still not producing the long phrases or beautiful tone that such elegiac music requires.

There are certainly some talented young players in this orchestra, but they need more support in the future if they are to give convincing performances of a decent standard.