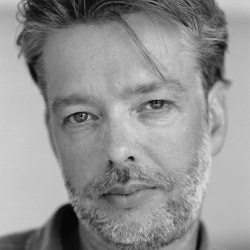 This Finnish-dominated concert saw an exhilarating new work played alongside two warhorses, which ensured there were very few empty seats in the Royal Albert Hall.

Jukka-Pekka Saraste conducted the BBC Symphony Orchestra in works by fellow Finns Magnus Lindberg and Sibelius, plus Mendelssohn’s Violin Concerto with Nicolaj Znaider as soloist.Magnus Lindberg must have been pleased to have the UK premiere of his Sculpture programmed with two very popular pieces, as this meant it was heard by a large audience, both in the hall and no doubt at home as well.

Sculpture was written after the composer visited the unpromisingly named Walt Disney Concert Hall in Los Angeles. He was so impressed by architect Frank Gehry’s designs that he wrote a piece that “suggested the style” of the building and it received its first performance there last year. It should be pointed out that an earlier composition by Lindberg (Sculpture II, 1981), which sounds like a sequel in reverse, has nothing to do musically with this new one.

This was a very exciting performance employing a large orchestra and an attractive mix of dissonance and lyricism. There was an almost Stravinskian sound – echoes of Petrushka at times – and indeed the composer says he uses Stravinsky’s scores as his bedtime reading. The orchestration is colourful, often with pairs of instruments, most notably harps and pianos. The latter is always a welcome addition in orchestral works. There were some thrilling brass fanfares and much variety of tempo and tone.

The music occasionally teetered on the cinematic; when the Albert Hall’s mighty organ thundered out, I half-expected Vincent Price to appear. The most interesting new work I’ve heard at the Proms so far this year (alas, I missed the recent Turnage premiere), Sculpture got the concert off to a resounding and uplifting start. I was sorry when it finished after only 23 minutes.

Mendelssohn’s Violin Concerto in E minor was a little dull in comparison. The soloist, Danish violinist Nicolaj Znaider, is a man of great stature (on the podium the conductor was virtually the same height as him), and he gave an efficient account of the piece. The orchestra gave a rather routine and inexpressive performance; I imagine the orchestra spent a good deal more of the rehearsal time on the Lindberg. Mendelssohn’s melodic inventiveness did its work, however, and the audience gave it a rapturous reception.

Although Sculpture is in four sections and the Mendelssohn in three movements, both pieces are played without breaks. Had one of Sibelius’ later symphonies finished the programme, it could have been a hat-trick. As it was, they played the much more popular 5th Symphony, which does have rests between movements.

I shouldn’t refer to this symphony as a warhorse. Sibelius is far too great a composer and this work much too good to be merely crowd-pleasing. From the opening horn motif, the spine-tingling pizzicati of the second movement with their subsequent variations, to the “Swan Hymn” and so-called sledgehammer blows that end the symphony, it is full of thrilling sounds and emotional highlights. It may lack the ecstasy and enigma of the last two symphonies or the haunted brooding quality of the 4th but it is undoubtedly one of the 20th Century’s great symphonies.

While not quite reaching the heights of the Colin Davis Barbican cycle a couple of years ago, this was a very fine performance under Saraste’s assured baton, and the evening ended as it had begun, on a high.