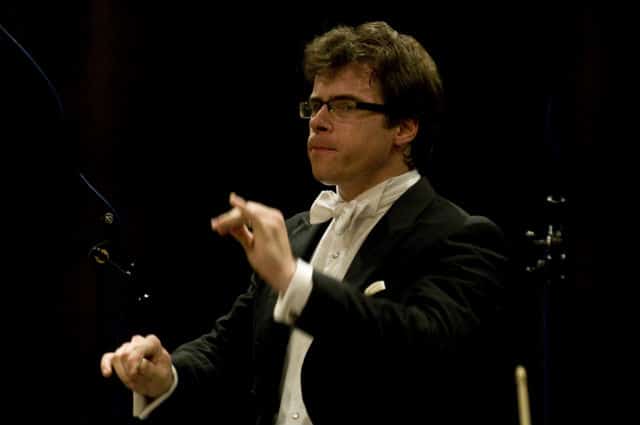 The martyrdom of the religious reformer Jan Hus in 1415 sparked a series of ‘Hussite’ wars in Bohemia, often seen as precursors to the Reformation; the rebellion, though, was not just against the religious edicts of Rome, but also against the domination of the Holy Roman Empire, and it is probably more this political aspect that cemented its place in the Czech nationalism of the 19th and 20th centuries, leading to composers of the period using the Hussite chorale ‘Ktož jsú Boží bojovnící’ (‘You who are warriors of God’) as the basis for some of their material.

Saturday’s Prom – an exploration of a handful of these seldom-performed works – began with a focused unison statement of the chorale by an augmented men’s section of the BBC Singers, immediately followed by Tábor and Blaník, the two final movements of Smetana’s Má vlast, which tell the story of the rebellion and its aftermath. Unlike the other composers featured in the concert, Smetana made much use of the chorale undiluted: a somewhat mixed blessing. The BBC SO under Jakub Hrůša turned in a tremendous performance – full of brass that alternated between brooding and triumphant, supported by some precise work in the strings – but, ultimately, alas, the chorale itself isn’t that interesting a melody, and even when belted out by a trombone section, it somehow failed to soar. It was left to the delightful pastoral section in Blaník – with its haunting oboe solo backed by woodwind and Alpenhorn-sounding French horns – to provide musical delight.

The chorale was also used by Dvořák and Suk in the former’s Hussite Overture and the latter’s Straussian tone poem Prague, but to much greater effect, both using it sparingly and mingling it with other melodic material. Dvořák’s natural feel for a tune shines through in his overture, and Suk’s gloriously chromatic treatment keeps the excitement going. Again, the orchestra gave us a pair of fine performances, handling with equally slick skill Dvořák’s changing orchestral timbres and Suk’s quirky almost-melodies that dissolve back into the texture. Prague is a magnificent piece, deserving much more exposure: along with its exultant full-orchestra-organ-and-bells finale, it also includes a bewitching section for the  unusual combination of trombone and cor anglais, the latter played with consummate sensitivity by Alison Teale.

In the second of his excursions in Janáček’s eponymous opera, Mr Brouček is transported back to the 15th century, where he hears the Hussites sing, and this four-minute extract from the opera, although apposite, was perhaps a bit of an extravagant excuse to shoehorn in another Czech composer. Again, the men of the BBC Singers gave a clear rendering against the quietly menacing oboes and timpani, with some lovely clear high tenor notes in the final moments of organ-accompanied glory.

Polní Mse (‘Field Mass’) was Martinů’s response to the fall of Czechoslovakia at the outbreak of the second World War. Not so much a mass as a setting of psalm passages and extracts from the liturgy, it is scored for ‘outdoor’ military forces (men’s chorus and wind instruments) – although the inclusion of a harmonium and Martinů’s trademark piano in the scoring gives rise to slightly risible visions of cartloads of keyboard instruments bumping their way across European battlefields. The work was given a first-rate performance, its astringent harmonies, unusual orchestral textures, and almost-Orthodox choral homophony providing a balance to some of the lusher elements of pieces programmed either side of it. Svatopluk Sem’s edgy baritone painted perfectly the lone soldier beset by fear and exhaustion, and the final hushed Otče náš (Our Father) from the men’s chorus was spine-tingling.