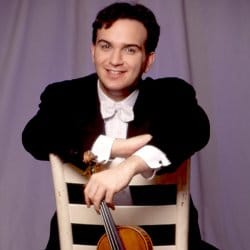 This review for Prom 56 will be the last review I write for musicOMH.com before I go back to my homeland, and I was inevitably worried that the concert would be one of those that promised much but offered little.

Fortunately, my worries were unfounded.

Under the baton of conductor Christoph von Dohnányi, the NDR Symphony Orchestra (that’s the Sinfonieorchester des Norddeutschen Rundfunks in case anyone is interested) started the evening with Ravel’s witty Le tombeau de Couperin.

Opening with the most excellent of oboe solos where I did not hear the player take any breaths, the NDR Symphony Orchestra gave the most colourful performance of any Ravel performance I have ever heard. Even though the orchestra was considerably large, the playing was compact enough that the forces did not overwhelm the music, and the orchestra’s meticulous control of their dynamics left me gaping throughout the entire evening. Never have I heard brass entries so wonderfully quiet and warm, and even in the livelier movements, the dynamics were tuned to perfection possibly the result of having to play over radio broadcasts all the time. The orchestra also showed a great awareness of colour, and the last two movements were played with so much care one could literally feel the players caress every single note with loving care. Add to that the winds’ scarily perfect intonation and expressive range, and the evening was all set to be successful.

Next up was legendary Fiddler of the Opera Gil Shaham, who played Stravinsky’s seldom performed Violin Concerto. The Violin Concerto boasts one of the hardest openings in the world (and Stravinsky made it harder by using the same notes to start every movement), but Shaham did not disappoint. Technically Shaham was perfect his legendary bowing technique ensured the audience would not be able to tell his up bows from his down bows, and his perfect harmonics (which are devilishly difficult) guaranteed that his virtuosity would not be soon forgotten.

Nonetheless, the music was not just a showpiece Shaham preferred a whimsical reading of the first movement that made it sound fun and indeed the orchestra players were enjoying themselves. In the second movement (aptly titled Aria I), Shaham brought out the long, beautiful and never-ending lines with his deep tone and warm vibrato. The music felt so fragile that it could break any time, and the players were carefully holding it and not letting the line drop. The free nature of Shaham’s role might have caused problems for other orchestras, but with the NDR SO and Dohnányi, the coordination was perfect.

The third movement (uncreatively titled Aria II) was more forlorn and dark, and Shaham responded to this by widening his vibrato and making use of the occasional portamento. This resulted in the movement being almost heartbreakingly melancholic. The fast finale once more demonstrated Shaham’s phenomenal bowing technique all those tricky bow changes without breaking any sweat. The duets with individual instruments bassoon, horn and concertmaster were played impeccably and the lines were very well brought out. It really was Stravinsky performed at his best. For his encore, Shaham played Bach’s Gavotte en Rondeau from the Third Partita, and the notes were unbelievably clean. The Proms organizers have to get him in for next year!

After the interval, we were treated to Tchaikovsky’s gloomy Fourth Symphony in F minor, which centers around the theme of the inevitability of fate. Tchaikovsky has to be the most long-winded composer in the world, and his preference for sequences and repetitions usually result in massive boredom in the hands of lesser orchestras, but the NDR Symphony managed to sustain the pressure and tension throughout the entire work, using their colossal ability in dynamic control and compact playing where the strings used the same part of the bow all the time. The heartbreaking oboe solo in the second movement was played like there was no tomorrow, but that was bettered by the bassoon solo at the end of the movement, which felt like doomsday. Even in the third movement, which starts with string pizzicati, the orchestra still managed to create a sense of long term tension, and the winds’ entry in the middle was played with a sense of fun and enjoyment. I need to add that the notoriously difficult piccolo part was also played to perfection, and that really made my evening.

The proud and boisterous last movement was played with flying bows and incredible tempos, but never once did the orchestra lose the feeling of the inevitability of fate. The return to the fanfare of the first movement was angst-ridden, and the orchestra kept increasing the tension from there and built up to a climactic ending. I only wish the crash cymbalist had a bit more muscle they did not quite sound enough for me.

The performance was so good that the audience asked for an encore, which the orchestra obliged with a repetition of the third movement of the Tchaikovsky this time much faster, and once more the orchestra demonstrated impeccable ability to control dynamics. In all, the most fascinating of evenings.