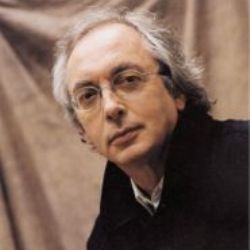 Philippe Herreweghe and his Orchestre des Champs-élysées gave an all-Mozart programme that was beautifully precise but a little too controlled and ultimately not very engaging.

It was a well-balanced evening beginning with the Meistermusik (reconstructed from the Masonic Funeral Music), the late great Symphony No. 39 and Mozart’s final work, the mighty Requiem in D Minor.

With a programme like that, one should have expected to leave the Albert Hall excited and uplifted but for me that didn’t quite happen.

The concert began with a tasty snippet of lesser-known music, finished the first half with a strong interpretation of the symphony and continued with a performance of the Requiem that I found disappointingly cold.

Mozart’s affiliations with the freemasons are well-known and there are a number of the late works that are associated with masonic practice, most notably The Magic Flute. The best known of the works written specifically for Lodge ceremonies is the Masonic Funeral Music, K477 and the version we heard in this concert was that reconstructed by French musicologist Philippe A Autexier in 1985.

It replaces, from the original non-choral version, the parts for the first oboe and clarinet with a chorus of tenors and basses, who sing the Latin words from the third chapter of Lamentations. This was beautifully played by the orchestra and sung by the men of the Collegium Vocale Gent and, at just six minutes, was all too brief.

The Symphony No. 39 has some interesting connections with the number 3, which itself has strong masonic associations. Clearly, the number 39 is made up of a complex series of combinations of the number and this work was also allegedly intended to be part of a triptych with the final two symphonies. It is in the key of E flat, which contains three flats in its key-signature and has been described as the “Masonic” key. It was also written three years before the composer’s death but maybe we shouldn’t read too much into that.

This was a briskly played and enjoyable performance, Herreweghe bringing out the Haydnesque qualities of the symphony and most rhythmic in the third movement with its ländler overtones. There was some fine clarinet playing and expressive brass and timpani. The symphony turned out to be the highlight of the evening.

Unfortunately, what should have been the big piece of the concert, the Requiem, was much too careful, lacking drama and passion. There was an attractive line-up of soloists two of the finest British singers, soprano Carolyn Sampson and tenor Mark Padmore plus the experienced contralto Ingeborg Danz and bass Alfred Reiter. Sampson is one of the most radiant sopranos currently working and is always a joy to hear. The Requiem being dominated by the chorus, however, we heard far too little of her this time.

The full forces of the Collegium Vocale Gent sang well and there was a sense throughout the concert of a real cohesion between conductor, orchestra and chorus, not surprising for an ensemble that works together so often under Herreweghe’s direction. The solo trombone during the Tuba mirum stood out. However, the performance was just too controlled for my liking and I found my mind wandering at times, hardly something you’d expect in this piece which, as the genius’s farewell to the world, should keep you gripped from beginning to end.

So, a pleasant evening but not an inspiring one. I can’t even blame it on Mozart overkill as, although there’s certainly plenty on offer during the season, this is the first of the composer’s work I’ve heard at the Proms this year.