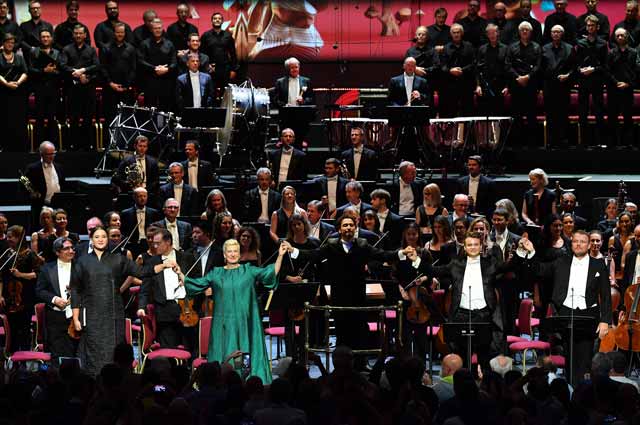 Although Hans von Bülow was being derogatory when he described Verdi’s Messa da Requiem as an ‘opera in ecclesiastical garb’ (he later retracted the remark), it is a comment that describes the inherent power and theatricality of the piece. Such a description does not, in fact, need to carry negative connotations for as Verdi’s second wife, the soprano Giuseppina Strepponi, wrote, a composer must write as the texts inspire them to feel. As a result, why should Verdi’s interpretation be less legitimate than any other musical rendering of them?

The Royal Albert Hall, by virtue of its sheer size, is an excellent space to present the piece, and this performance by the London Philharmonic Orchestra, under the baton of Proms debut artist Andrés Orozco-Estrada, had many merits. The London Philharmonic Choir produced a tight and balanced sound throughout, constantly responding to the demands of both the text and Verdi’s music. In this way, the opening ‘Requiem aeternam’ was delivered with the most intriguing sound, while each ‘Dies irae’ section felt more terrifying than the last, though without ever spilling over into uncontrolled raucousness. Chorus-master Neville Creed had clearly prepared everyone well.

The orchestra proved similarly adept at bringing out all of the drama and contrasts in the score while still producing a rounded performance that made the piece come across as a coherent whole. The more muted moments, such as the string opening, were particularly affecting, while at the opposite end of the spectrum the ‘Tuba mirum spargens sonum’ section within the Dies irae, with its combination of on and offstage trumpets, created the type of ‘surround sound’ that felt all-embracing. 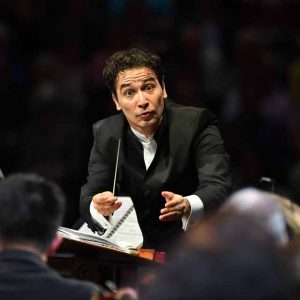 Time and again, however, one’s attention was brought back to the sheer quality of the soloists. All were of a high calibre, but what stood out was the way in which they understood every last nuance in the words, and worked on the natural strengths in their voices to bring them out. For example, when in the Dies irae bass-baritone Tomasz Konieczny sang ‘Confutatis maledictis / Flammis acribus addictis’ the warmth in his voice enabled him to assert the total fear associated with ‘the damned’ and the ‘sulphurous flames’, and also to capture the tender plea of ‘Voca me cum benedictis’ in the next line. The following ‘Oro supplex et acclinis’ had more of a yearning quality, and when the section was repeated it was with a slight, but noticeable, increase in intensity.

Dmytro Popov revealed the expansiveness in his tenor in his impassioned rendering of ‘Ingemisco tamquam reus’, while soprano Lise Davidsen and mezzo-soprano Sarah Connolly, who only replaced Karen Cargill at the eleventh hour although one would never have known, sounded very good together in the Agnus Dei. Connolly’s extremely rich and vibrant sound complemented Davidson’s beguiling tone, which combined absolute precision and security with the most mesmerising of sounds.

Davidsen played the title role in Ariadne auf Naxos for Glyndebourne Festival Opera last year, and has several Wagnerian roles lined up over the next season. Here, her Libera me was spellbinding as she could produce the most sensitive sound while also acting as the bridge to the chorus, thus emphasising how this section is about both the individual, and all human beings, trembling before the terrible power of death.