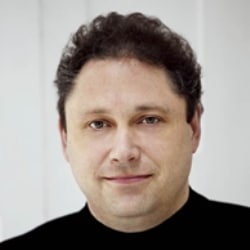 Cadogan Hall offered an intimate setting for this very pleasantly and expertly performed afternoon of music.

Two of Bach’s Brandenburg Concertos framed a popular divertimento by Mozart and his Adagio and Fugue in C minor.

Rachel Beckett made her proms debut on the recorder in Bach’s Brandenburg Concerto No. 4 in G major, BWV 1049, and along with fellow recorder player Rachel Brown, she proved the recorder to be a simple but utterly beautiful instrument.

In the first and third movements especially, the heights reached were stunning and the clarity of their performances was brilliant.

Paulo Beznosiuk on solo violin was powerful too in this piece, but he further excelled in the third movement of Concerto No. 5 in which he certainly led the violinists with a passionate and energetic performance. Bach’s fifth Brandenburg Concerto in D major is a special piece with a dominant presence from the harpsichord an instrument usually resigned to backing chords. This unique sound was led by Richard Egarr on the instrument and the witty enthusiasm of his direction of the musicians throughout the afternoon reached a crescendo in this piece.

After a rocky pace early in the first movement, Egarr’s performance on the harpsichord was one of pure skill and he collided with grace into the amazing solo section towards the end of the Allegro. The basic stamina needed to play this solo is, at times, unbelievable but Egarr gave it all the energy he had as his hands moved at incredible speeds and his body rose and fell with every note. It was a truly brilliant performance and Egarr’s future role as director of The Academy of Ancient Music looks to be a promising one indeed.

Bach’s concertos were the gems of the afternoon but in his 250th birthday year, Mozart’s pieces were also good choices. The Adagio and Fugue was played with power, with the violins and violas dominating the Bach-inspired foreboding piece. The Divertimento in D major, K136 is one of his most popular and The Academy of Ancient Music proved why. The cellos’ deep, reverberating notes placed a firm presence in the Allegro and Presto whilst the violinists kept the high notes light, airy and full of joviality and grace. It was brilliant prelude to the heavier Fugue and the intense concerto of Bach.

Egarr was breathtaking in his direction and performance, the soloists played like the world class artists they are and the ensemble seemed to thoroughly enjoy themselves With music so beautiful, I can’t think of a better way to spend a Saturday afternoon.