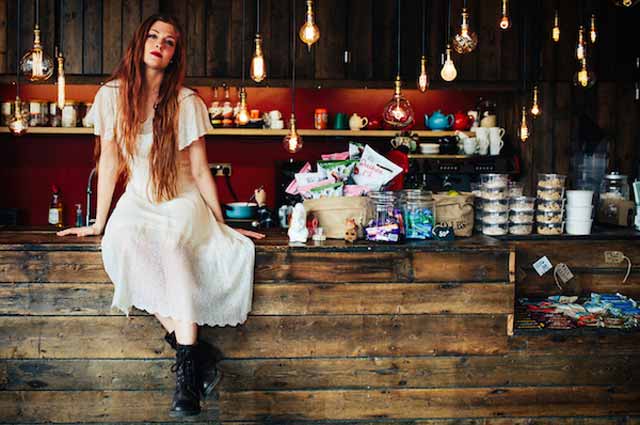 If, as is often said, Benjamin Zephaniah could make a telephone directory sound like poetry, then it should come as no surprise that Leonard Bernstein could make a recipe book sound like music. The publication in question is Émile Dumont’s La bonne cuisine française, first published in 1873, which inspired the composer in 1947 to turn four of its recipes – ‘Plum Pudding’, ‘Ox-tails’, ‘Tavouk Gueunksis’ and ‘Rabbit at Top Speed’ – into songs. The pieces’ interest derives from the fact that they bring colour and life to mundane lists of ingredients and instructions, while retaining the recipes’ late nineteenth century commentaries that include phrases such as ‘Are you too proud to serve your friends an oxtail stew?’.

In the penultimate Monday lunchtime concert at Cadogan Hall, Proms debut artist Wallis Giunta sang the four songs, accompanied by Michael Sikich on piano, with aplomb. With a highly intriguing mezzo-soprano that combined a beguiling tone with brilliant accuracy, excellent enunciation and a strong lower register, she performed the pieces in every sense. Placing the right emphasis on every word, applying appropriate actions to signify taking onions or peppers, and delivering those parts of the recipe provided in brackets as asides, she completely owned the works.

A fifth song, ‘Crème brûlée on a Tree’, a response by Bushra El-Turk to Bernstein’s own, was then performed. El-Turk had Giunta, and her unique performance qualities, in mind when she composed the piece, which is drawn from Andy Ricker’s durian custard recipe in Pok Pok: Stories from the Streets, Homes, and Roadside Restaurants of Thailand. The smell of the durian fruit is so strong that it has been banned from use in public places and on planes, with El-Turk’s piece playing on the fact that making this crème brûlée is not for the faint-hearted. In this way, although the piece had its own distinct sound, inspired by the improvisations of the Thai Elephant Orchestra, it also felt like a parody of the Bernstein songs in the way in which it encouraged Giunta’s performance to become more hyperbolic as she acted out ‘mashing’, ‘squeezing’ and ‘scrunching’ while grimacing and gurning at the stench.

The concert constituted part of the Proms celebrations for the Leonard Bernstein centenary and, away from the musicals, symphonies and overtures at the Albert Hall, this was an opportunity to enjoy works on a smaller scale. It benefited from having a neat concept by being devoted, with one exception, to performances by Giunta and Sikich, while also being wide enough in scope to include works by composers with connections to Bernstein. The variety was considerable as even the two songs by Marc Blitzstein were quite different as the ‘Modest Maid’, with its saucy lyrics and frequent cries of ‘LECHERY’, contrasted with the more tender ‘Stay in My Arms’. Bernstein was a great admirer of Blitzstein, who was thirteen years his senior, and while a student at Harvard staged a production of his agit-prop musical The Cradle Will Rock. However, in an unsettling coincidence, Bernstein wrote On The Town about a trio of marines spending a day in New York, while Blitzstein was to be murdered by three sailors in Martinique in 1964.

The concert also included Copland’s ‘Pastorale’, Barber’s ‘Hermit Songs’, Sondheim’s ‘The Miller’s Son’ and Bernstein’s Conch Town of 1941. This ballet, scored for two pianists and percussion, was never completed by the composer (Tom Owen and Nigel Simeone applied the finishing touches in 2009) but much of the music is recognisable, having subsequently been used for ‘America’ in West Side Story. Most interesting is the fact that the main ‘America’ theme sounds very similar in this version, but the theme recognisable to us as ‘Puerto Rico, You lovely island’ sounds rather less developed, compared to the later song. The encore was ‘Send In the Clowns’, with Giunta’s moving and highly accomplished performance capping a hugely enjoyable hour.

More on Wallis Giunta
Proms at Cadogan Hall 7: Bernstein on Broadway and Beyond @ Cadogan Hall, London