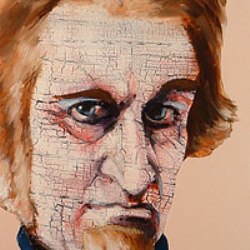 Opera Holland Park attracts a certain type of audience and after too many bottles of burgundy from their Marks and Sparks picnic hampers, this stewed group of middle class old pensioners and single middle-aged men obviously have a warped sense of good opera.

Cries of ‘bravo’ and ‘encore’ as well as standing ovations were completely unjustified for a sloppy production containing reasonable musical talent but lacking any sense of fluidity or unity.

Verdi’s Rigoletto tells the tale of the court jester overshadowed, threatened and ridiculed by the lustful Duke and his band of temperamental courtiers.

Povero Rigoletto indeed; hindered by a deformity and forced to mock members of the state, our central character is hated by all. The court plots against him but ultimately, it is his nave and secret daughter Gilda that suffers. This opera may address class struggles and gender politics but at it its heart, the story is one of love: often misguided and confused but always constant and true.

An orchestra and cast therefore have a chance to excel and create utterly beautiful music and theatre in unison but this production simply fails. Favourite tunes are overworked to please a mediocre audience and some interesting stage ideas just don’t cut it. It is not helped by the fact that the Royal Opera’s most recent revival of David McVicar’s production of the opera was superb, easily outstretching any other attempt at the work.

The prelude hits the mark and begins subtly to reach a stunning crescendo, which is an accurate reflection of the whole production because the last act and final scenes are definitely the best. The orchestra throughout cannot be faulted – they do a superb job but their conductor Peter Robinson was lacking in passion and enthusiasm and failed to communicate with the soloists and chorus on stage. Olafur Sigurdarson as Rigoletto, Gail Pearson as Gilda and the other supporting soloists have brilliant vocal resources but everything seemed so individual and isolated – there was no genuine interaction between the artists until the quartet of the final act.

Pearson firstly has to be commended for performing at all, as she was hit by a car on Kensington High Street only a week ago. At first my mind wandered into the possibility of a Midsomer Murder-style plot by a jealous understudy but I was soon distracted by the purity and clarity of Pearson’s voice. The high notes in Caro nome and Tutte le feste al tempio came to this soprano with ease and were extremely powerful. Her acting, however, was surreal and it is uncertain if this was a result of long-term planning by director John La Bouchardire or a quick modification after Pearson’s accident. Dressed and standing like a china doll, it is clear that Rigoletto has protected his innocent flower, but as Gilda tries to console her father, the act remains unchanged and there appears to be no compassion or affection between the two. She in fact appears rather retarded and so the deluge of affection later shown to the Duke is not credible.

Sigurdarson, similarly, is an amazing artist: his mockery of the courtiers is funny, his over protection of Gilda frightening in its intensity and the scena Egli e la!…morto! and the ensuing duet are the most powerful I have ever seen. It was a very carefully performed and inspired performance full of sincerity and gravitas. But his performance does not dismiss the failings of all the cast because although brilliant, Sigurdarson remains an individual soloist amongst many on stage rather than a part of a company attempting to tell a momentous story.

This failing was not helped by the pathetic performance of Paul O’Neill as the Duke. Slimy and geeky, he exuded absolutely no charm and his role as the seductive womaniser was not believable. His voice was also far too weak for the part, and arias were lost behind the orchestra and chorus. Acoustics cannot be blamed because other artists managed perfectly; what was at fault was the passion and power of this performer. Questa o quella slipped by unnoticed so the establishment of the Duke’s character was lost whilst La donna mobile felt amateurish. A forgettable performance indeed, which further undermined the evening as a whole.

This production was a real shame because Rigoletto is an opera full of musical, artistic and theatrical potential. Individually, most of the singers cannot be faulted, and neither can the orchestra, but there was no real sense of a cast working together to convey the passion of the music and libretto. Performances, although very good, became forgettable and instead one was consoled by the campness of Marullo and the comic value of the suspender-clad Maddalena. If cheap and easy comic value is the only memorable aspect, then I’m afraid Opera Holland Park has failed this time.