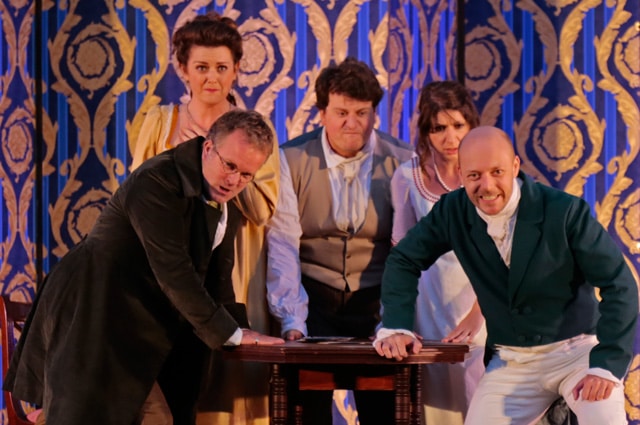 Although his works are slowly being rediscovered, the neglect of Antonio Salieri for nearly two hundred years has to count as one of the greatest travesties in the history of music. It not only does a disservice to the composer himself but also to us as it means we ignore the influence of this giant, who counted Beethoven, Schubert and Liszt among his pupils, on both Mozart and the development of opera more generally. Some lesser pieces might be described as being of importance to the history of music, but not to music itself, but that maxim can hardly be applied to Salieri’s works. If one can still argue that they are ‘not as good as Mozart’s operas’ it is in many cases only by a small degree, and there are plenty of composers whose ability did not quite match that of the great Amadeus who enjoy regular exposure today.

If the three Mozart / Da Ponte masterpieces, Le nozze di Figaro, Don Giovanni and Così fan tutte, stand as some of the greatest achievements in all of opera, it should be recognised that they were still building on the accomplishments of others. One only has to hear the magician of the title in Salieri’s La grotta di Trofonio (1785) to realise where Mozart got the inspiration for the Commendatore, even if in emulating Salieri’s ideas he pushed his own music to even greater heights. Similarly, Da Ponte would probably not have been in a position to produce the three libretti that he did, had he not first been introduced to Salieri by the librettist Caterino Tommaso Mazzolà and honed his obvious skills to perfection as he produced several works for the older composer.

La scuola de’ gelosi (performed here in English as The School of Jealousy) is the third Salieri work that Bampton Classical Opera has produced, following Falstaff in 2003 and La grotta di Trofonio in 2015, and it constitutes the first performance of the piece in England since 1786. It was one of the most popular operas of its day, enjoying around fifty different productions across Europe within twenty years of its premiere in Venice in 1778. The original librettist was Mazzolà, but over the years it underwent a number of revisions and when it was extensively revised for a production in Vienna in 1783 Da Ponte reworked, and added parts to, the libretto, while Salieri created new music. Bampton’s production constitutes a hybrid between these 1778 and 1783 versions, taking the former as its starting point but including a few arias and trios that were added to create the latter. This is perfectly understandable as it would have been a shame to have excluded pieces of such value, both musically and in terms of helping us to understand what they subsequently influenced.

The plot sees the grain merchant Blasio suspect his wife Ernestina of infidelity. At the start she is entirely innocent, but her annoyance at his consequent attempts to keep her under lock and key leads her to wish to defy him and have an affair. Step forward Count Bandiera who has no interest in women without any attachment, but who takes positive delight in wooing a lady with a jealous husband. This leads to a series of comical scenes in which, for example, Blasio goes to every length imaginable not to leave his own house, and hence Ernestina and the Count alone. While this is going on, the Countess is growing increasingly angry, as much as anything by the fact that her husband should be chasing a woman of a lower class.

The shenanigans lead the characters to an asylum where they see what becomes of spouses who let jealousy gnaw away at them, and a final nighttime scene in a garden. Here, everyone is exposed and restored to their original partners, having learnt that ‘There is no more perfect pleasure than the knowledge of commitment’. The piece’s ‘philosophical’ angle prior to the ending, however, is explained in Act II when the Count and Countess introduce Blasio and Ernestina to the School of Jealousy. By using the paintings in their picture gallery as illustrations, they show how jealousy is an integral part of any love for without it there is no passion, but only security.

The sadness in this piece having been ignored for so long (although it has attracted significant interest in very recent years) derives from the gap it has left in our knowledge of opera from the period, as it clearly influenced many other works. For example, upon watching it, the similarities to Il barbiere di Siviglia feel obvious. Blasio is very much like Doctor Bartolo, a middle class character squeezed between the upper class figures who have the power to behave largely as they please and the servant class who are clever and, in many respects, seen as ‘worthy’. He attempts to keep Ernestina to himself by locking her up, which in itself has a large influence upon her desire to rebel. She in turn substitutes a love letter for a newspaper article, rather as Rosina does for a laundry list, and when she sings that she is sweet and loving until she is crossed, she ‘echoes’ the words of ‘Una voce poco fa’ written nearly forty years later. 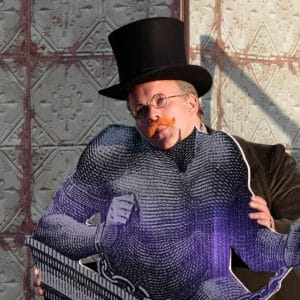 Of course, the majority of the ideas in Il barbiere come directly from the Beaumarchais play, but it is hard to believe that Rossini (and librettist Cesare Sterbini) took no inspiration from Salieri’s creation. Indeed, the fact that we see so many similarities in all of these works is indicative of the traditional theatrical devices that had much longer histories and which all of these artists employed. Nevertheless, the sheer wealth of ideas, both thematic and musical, in La scuola that can then be found in other works places it at the centre of an entire network of connections, thus making us all the poorer if we remain ignorant of its existence. In particular, Da Ponte originally wrote the libretto of Così fan tutte for Salieri, and it seems likely that they were trying to maximise on the success of La scuola de’ gelosi by producing a ‘follow-up’ entitled La scuola degli amanti (The School of Lovers, which is now the subtitle of Così). Only after Salieri lost faith in the idea, with no more than a few sketches for two trios surviving today, did Mozart take it on.

The class system employed in La scuola, with two aristocrats, two middle class characters and two servants, was not invented by Salieri, but it is in essence replicated in Le nozze di Figaro, Don Giovanni and Il barbiere di Siviglia. The way in which the Count and Countess are happy to use and abuse others of equal or lower rank for their own needs and ends feels ‘reminiscent’ of Don Giovanni. Overall, however, the Count feels like a cross between the Count in Figaro and Don Alfonso. There is a Lieutenant in La scuola who is often seen as a forerunner to the latter, but the Count also possesses some of his traits. He does have sinister intentions like Almaviva, but overall comes across as a slightly less boorish and rather more comical character. While Almaviva has a clear objective to possess Susanna, Bandiera’s aims are more nebulous as he attempts to have fun by exploiting husband’s jealousies, rather in the same way that Alfonso exploits others’ weaknesses for his own amusement.

This lack of an obvious goal for the Count, although in the context of the opera perfectly justifiable, does seem representative of a piece that overall seems less clearly defined and delineated than Mozart’s collaborations with Da Ponte. In particular, the Finale in the garden feels similar to the one in Le nozze di Figaro, but while it is slightly shorter, it still feels a little less sharp. Unlike the progression of twists and turns to be found in the scene in Figaro, here everyone is suddenly discovered and exposed in an instant. This makes the subsequent happy conclusion feel a little unfulfilling because its overturning of the work’s thesis regarding the value of jealousy within love feels clumsy and arbitrary. Nevertheless, musically Salieri’s brilliance shines through and in the scene in the asylum two trios of singers playing ‘pazzi’ (demons of the imagination) sound as if they could be an inspiration for the three Child-spirits in Die Zauberflöte.

Following the same pattern as recent years, Bampton Classical Opera brought its production, directed by Jeremy Gray and conducted by Anthony Kraus (here with the CHROMA ensemble), to Bampton in July, Westonbirt in August and St John’s, Smith Square in September. Although presented on a relatively small scale it was fully staged and the strong cast, which included Natalie Chalkley as Ernestina, Thomas Herford as the Lieutenant and Kate Howden and Samuel Pantcheff as the servants Carlotta and Lumaca, all put in suitably spirited performances. Special mention should go to Matthew Sprange whose penchant for comic timing and pleasing baritone suggested he would also make a good Doctor Bartolo, and Alessandro Fisher whose blustery swagger as Count Bandiera combined with an interesting tenor instrument. Rhiannon Llewellyn was also an excellent Countess, with her performance of ‘Ah, non è ver che in seno amor’ (a very obvious inspiration for ‘Porgi amor’) revealing her beautifully developed soprano and considerable vocal prowess.

The performance was in English with Gilly French and Jeremy Gray’s skilful translation, which included references to fake news, Donald Trump’s wall and self-improvement, helping to make the entire evening feel extremely fresh. Bampton Classical Opera is doing audiences a great service in bringing to light eighteenth century works that have hitherto been neglected, in spite of their own considerable merits and the significant contribution they can make to our understanding of pieces that are more regularly performed today.

For details of the company’s forthcoming events visit the Bampton Classical Opera website. The next concert, Handel in Italy, which includes a semi-staged dramatic cantata, Apollo and Dafne, is at Wotton House in Aylesbury on 23 September. Complete plans for 2018 are not yet published but they include a concert, Songs for Nancy [Storace], at St John’s, Smith Square on 7 March.