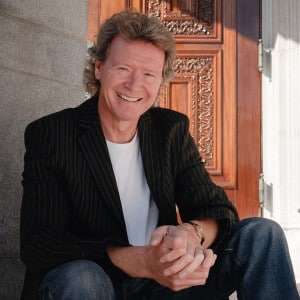 With 22 November 2013 marking the centenary of Benjamin Britten’s birth, it was only natural that Britain should be full of concerts marking this great occasion. Alongside the BBC Symphony Orchestra performing at Snape Maltings, London alone held several concerts devoted entirely to the composer, while across the United Kingdom the number of events, both amateur and professional, must have run into hundreds. Even Wagner’s bicentenary exactly six months earlier did not create such a splash on these shores, although given that it was Britten who was the Englishman perhaps that is only right.

The all-Britten programme brought by Harry Christophers and The Sixteen to the Union Chapel also exploited the connection between Britten’s birthday and the Feast Day of Saint Cecilia, the patron saint of music, to produce a programme that focused on the composer’s choral music. As well as the excellent musicianship demonstrated, the evening had several strengths.

First, by including secular pieces alongside his outstanding religious creations, it revealed Britten’s approach to a wide range of vocal music. Second, by starting with the Hymn to the Virgin, originally written when the composer was just 16, and working broadly chronologically towards Sacred and Profane, written the year before his death, it provided a strong sense of both the constants and developments in his choral writing over 45 years. Third, by exploiting the extraordinary interior of the neo-Gothic Union Chapel, with its octagonal shape and prominent gallery, the concert revealed a strong penchant for stagecraft.

The opening Hymn to the Virgin made particularly good use of the space by putting the second choir of four voices aloft in the gallery so that their Latin ‘responses’ to the first choir felt particularly spiritual. A Shepherd’s Carol then placed the four soloists at different points in the chapel, including the eye drawing marble pulpit, to add a sense of theatricality to what are actually quite humorous verses.

The strength of The Sixteen has always rested on the quality of its individual voices and its ability to blend these so effectively. The divine A New Year Carol (‘Sing levy dew’) showed off the female voices to wondrous effect, while the Hymn to St Cecilia saw soprano Julie Cooper in particular stand out with her ethereal sound. This setting of W. H. Auden’s poem was executed to perfection as the languid opening to part 1 was then met with excellent dynamic variation and an increase in tautness, the punchy rhythms of part 2 were masterfully conquered, and each refrain of ‘Blessed Cecilia’ really emphasised the cyclical nature of the work.

Most of the performances were entirely a cappella, and the only instruments to feature at all over the evening were the harp and piano. In the Gloriana Dances tenor Mark Dobell and harpist Frances Kelly excelled, and it was possible to appreciate how the music worked with the words in a way in which it is not so easy to do at the opera house when confronted with spectacular staging.

In the second half pianist Christopher Glynn accompanied the men for The Ballad of Little Musgrave and Lady Barnard. It is a slightly tongue-in-cheek take on chivalry, but the way in which Britten contrasts folk-style moments with music that suggests the deepest of soul searching is highly telling. There’s something almost comical about challenging someone to a duel for honour’s sake, but the brutal reality of the action is that two people, including the victor’s wife, end up dead.

The programme finished with a performance of Sacred and Profane, in which the spirituality of Britten’s music pervades so deeply that the distinction between the two elements in the piece does not exactly feel clear-cut. The greatest surprise of the evening, however, came with the encore, a Britten rarity entitled Advance Democracy. With words by Randall Swingler, the haunting chanting of ‘Time to decide’ and ‘Time to resolve divisions’ provided ample opportunity to reflect on Britten the man on this, the centenary of his birth.