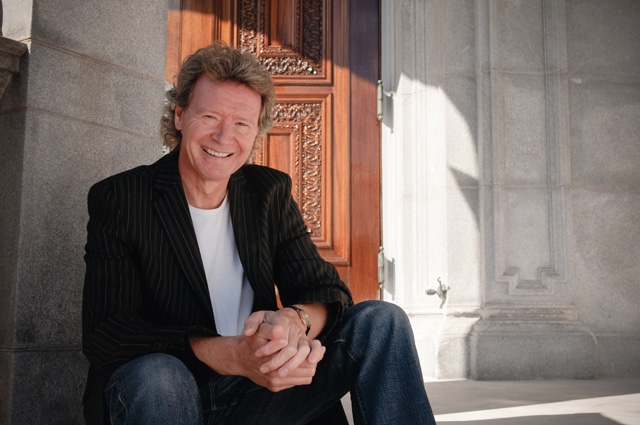 Dietrich Buxtehude’s Membra Jesu Nostri of 1680 is worked around the medieval hymn, ‘Salve mundi salutare’, long thought to have been written by Bernard of Clairvaux, but now believed to be by the poet Arnulf of Leuven. The work consists of seven cantatas which each in turn meditate on one part of Jesus’ body. Every cantata is structured in the same way so that each consists of an opening instrumental sonata followed by a concerto sung by several voices, in which the words are drawn from the Bible. Three strophes from ‘Salve mundi salutare’, each presented in the style of an aria, then follow before (with the exception of the final cantata) the concerto is repeated.

While, however, such an underlying formula sounds as if it would produce something that felt repetitive, the work is exceptionally well crafted and this performance by The Sixteen and Fretwork, conducted by Harry Christophers, revealed exactly how. The forces for the majority of the evening came from The Sixteen and consisted of two violins, cello, theorbo, organ, two sopranos, (male) alto, tenor and bass.

The seven cantatas meditate in turn on Christ’s feet, knees, hands, side, breast, heart and face and as they do so they only become more sorrowful. Much as the intensity increases, however, the cantatas feel extremely deep and melancholic from the outset. In this way, the string playing highlighted in particular how well thought through the piece is by revealing how music that felt so deep from the start could then constantly surprise with the sheer variety of the explorations. The strings gave the impression of languishing in melancholy from the beginning, and yet their sound was so tight and precise that never once did there seem to be any sense of drag. The cantatas themselves also revealed just how many ways in which sorrow could be rendered. For example, Cantata II saw tremolo writing in the opening sonata introduce a level of emotional intensity above that which had even been achieved at the start of Cantata I.

Following the first two cantatas The Sixteen left the stage to make way for Fretwork who played two dances, Paduana Dolorosa and Courant Dolorosa, from Samuel Scheidt’s Ludi musici of 1621. The real intelligence of the move became clear in the second half when Fretwork entered once more at a roughly similar point, thus ensuring that the evening felt astutely balanced. In the moment, however, these dances brought yet another dimension to the notion of melancholy as we heard it rendered more ‘simply’ through instruments alone, with no voices.

The first half of the concert ended with Cantata III, which was exquisitely executed and felt like the model cantata for illustrating how each one was structured. Following the opening sonata, the concerto was sung by all five voices before one soprano sang the first strophe, the other the second and the three men the third. Each cantata employed roughly the same combinations of singers at the different points, but there was enough variation (the two sopranos and alto together were also frequently employed) to ensure the piece was constantly being developed.

Cantata III sees every vocal line dwell on the word ‘plagae’ to emphasise each person’s contemplation of Christ’s wounds. It was noticeable how the tenor began his utterance of the word before the bass, but finished it after him, which was an interesting device on Buxtehude’s part to reveal just how long the former was contemplating them. It was also noticeable how the two violins never accompanied the voice, although they generally played between sung sections, and sometimes even between the vocal lines within sections.

The final four cantatas were performed in the second half, and again there was variation as the fifth, which considers Jesus’ breast, employed only the male singers, with the alto, tenor and bass singing a strophe each. The brilliance of The Sixteen’s performance was also revealed through little things such as bringing the bass forward on the stage for the third strophe so that, by enabling his sound to be projected just a little more easily from his new position, perfect balance across the ensemble was maintained.

The penultimate cantata saw several of the instruments of The Sixteen depart once more to be replaced by Fretwork. This worked because the latter’s viols felt perfectly suited to plunging the piece into a deeper level of sorrow again as the cantata considered the heart. Following this the final cantata that meditated on the face felt, with the return of all of The Sixteen’s instruments, just a little more joyful in relative terms. It was as if the greatest pain had been endured and conquered, enabling Christ’s face to look on the penitent and grant them mercy.

The instrumental playing from both The Sixteen and Fretwork was superb, while all five soloists – sopranos Grace Davidson and Katy Hill, alto Daniel Collins, tenor Jeremy Budd and bass Ben Davies – revealed exquisite voices that were entirely suited to embracing the style and emotions of the cantatas.

The Sixteen’s 2015 recording of Buxtehude’s Membra Jesu Nostri is available on the CORO label.