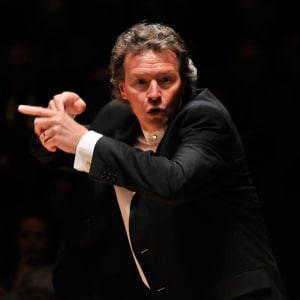 Now in their thirty-fifth year, The Sixteen and their founder and conductor Harry Christophers have carved out a considerable reputation for themselves as interpreters of choral and instrumental music from the pre-Classical age. They are certainly seasoned in the music of Henry Purcell, and this concert marked the start of a retrospective series at the Wigmore Hall. It was an odd decision, therefore, to focus on some of the composer’s lesser music.

The Indian Queen was the last of Purcell’s so-called ‘semi-operas’, penned and performed shortly before his death in 1695. Unlike the earlier scores for Dioclesian, King Arthur and The Fairy Queen, The Indian Queen is more akin to incidental music for a play. Certainly, the musical sections alone have very little dramatic coherence, and play’s plot – concerning the warring exploits of Incas and Mexicans – is so complex as to defy comprehension. Nevertheless, there are some highlights. The purely instrumental dances at the beginning of the prologue recall the rustic vitality of similar movements in Dido and Aeneas, while vocal numbers like Ismeron’s aria ‘You twice ten hundred deities’, and the chorus of aerial spirits in Act III are finely crafted and original in style. Despite the variable quality and quantity of the music, The Sixteen and Christophers invested their performance with all the skill and exactitude that have made them so admired. Warm, lithe strings, lively woodwind and the bright purity of Robert Farley’s trumpet lifted what could otherwise have been a long, slow second half to the concert.

Less distinguished music filled the first half, with one surprising exception. The ode on the death of Queen Mary, O dive custos Auriacae domus was one of three Elegies written by Purcell and John Blow to commemorate the queen’s death in 1695. Of the two odes composed by Purcell, O dive is probably the most personal and affecting. The queen was a renowned lover of music, and her influence had provided Purcell with some much-needed royal commissions. Set to a text by Henry Parker, the score calls for two soprano singers and small chamber orchestra. The Sixteen’s Julie Cooper and Kirsty Hopkins delivered an intensely beautiful rendition,their ensembles and solo passages reflecting the composer’s genuine mourning for his patron.

Although not without its charm, Purcell’s welcome song for Charles II, Swifter, Isis, swifter flow, is a blatant piece of propaganda and flattery, celebrating the king’s return to London from a trip to Windsor. The small-scale scoring is ambitious, but not really in the same league as the ceremonial court music provided by Lully and others for Louis XIV of France, which Charles II and Purcell were doubtless trying to emulate. A lively ‘catch’ (get-together song) written for the off-duty Gentlemen of the Chapel Royal and an extra epilogue for The Indian Queen composed by Purcell’s relative (possibly his brother or cousin) Daniel Purcell in 1696 were interesting curios rather than major works in what will hopefully turn out to be a more thorough-going retrospective.