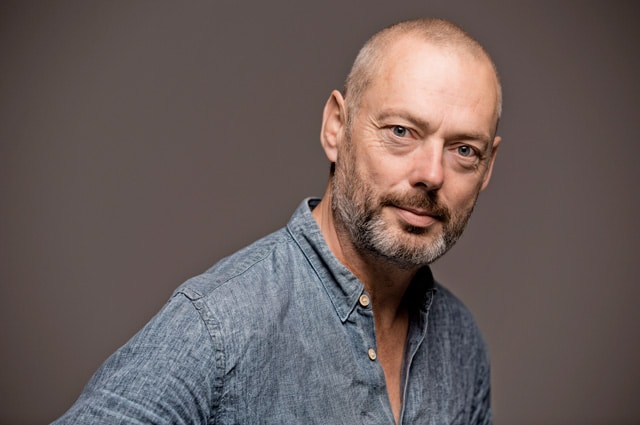 Mark Padmore’s Good Friday interpretation of Bach’s St John Passion unfortunately managed to set up an assortment of stools and fall between them.

In a nod to the liturgical setting of the work at Vespers in 1724, Padmore (whose presence was to the fore for this performance – in its construction, and direction ‘from the Evangelist’) chose to separate the two halves with text; in Friday’s case, in place of the original sermon, he opted for a reading of three sections of T S Eliot’s poem ‘Ash Wednesday’ by Simon Russell Beale. ‘Ash Wednesday’ is a complex poem with many resonances that deals with Eliot’s own metaphorical desert wanderings towards conversion to Christianity, and as such, is more a meditation for Lent than Passiontide; but to read only half the poem seems almost as much of an insult to its author as church performances of a third of Messiah at Christmas.

The 1724 Lutheran Vespers also included psalms and a motet, Jacob Handl’s Ecce quomodo moritur iustus; the account of this piece at the close of the performance was delightful – albeit that it is one of Handl’s more straightforward homophonic creations – but the positioning of a reading of half of Psalm 22 (admittedly a Passiontide psalm) after Erwäge, wie sein blutgefärbter Rücken was inauthentic and more disruptive to mood than anything else. Erwäge is the lengthiest aria in the piece, and Padmore himself sang it with passionate intensity, but the whole point of the arias in Bach’s Passions is to provide reflection on the events; there is no need for anything else: Bach knew what he was doing.

The Britten Sinfonia played with their usual excellence, and with a consummate understanding of the style – manifesting terrific brilliance of speed in Lassen uns nict zerteilen, and magnificent intensity in Herr, unser Herrscher; the rendering of the woodwind obbligato arias – notably Ich folge dir, Mein Herz in dem die ganze Welt and Zerfließe, mein Herze – was very special. Notwithstanding the sensitive use of baroque interpretative tropes, the orchestral sound, because of the modern woodwind instruments, sometimes lacked the fizz and pop of a small baroque ensemble: besides the ‘cello, the only continuo instrument was a chamber organ (the twang of a lute, as prescribed by Bach, would have leavened the texture at times), and a rawer sound from the winds (such as produced by an original oboe da caccia) would have been welcome.

Padmore opted, with Britten Sinfonia Voices, for a three-to-a-part chorus, with the solos sung by choir members, as in Bach’s original. The singing throughout was of a good standard, but the choral movements managed the unhappy medium of being neither the solid wall produced by a larger chorus, nor the sparkling interaction of lines that a one-to-a-part performance gives, with the result that, although there was expression and drama (Lasset uns den nicht zerteilen was full of teeth and bones), the sound tended to a uniformity, and Ruht wohl – normally a luminous farewell – became another chorus to be sat through.

The individual voices were variable: Padmore’s Evangelist, throughout, was – as always – perfection; he is a master of his craft. Cara Hendrick’s Von dem Stricken was somewhat swamped by the instruments, and Daniel Auchincloss sounded more nervous than troubled in Ach, mein Sinn, but Eamonn Dougan’s Pilate (and Betrachte meine Seel) were full of solid sonority. Eleanor Minney’s Es ist vollbracht was beautifully radiant; the most enchanting movement of the piece, however, was Zerfließe, mein Herz, in which Elinor Rolfe-Johnson’s delicious soprano voice – sweet and powerful, with a hint of vibrato – blended transcendentally with the woodwind.