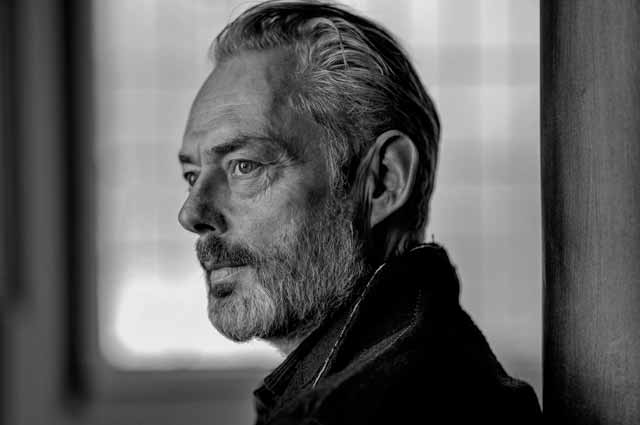 In a pre-concert talk, the director Peter Sellars described the experience of attending (probably) the first public airing of Bach’s St John Passion on 7 April 1724. It constituted part of the Good Friday Vespers, and worshippers knew they would be settling into Leipzig’s Nikolaikirche for the day. Part I would have been followed by a two and a half hour sermon, and Sellars suggests that Bach, knowing this, had purposely kept the preceding music to only forty minutes. He also feels, however, that as soon as Part II begins it almost sounds as if Bach is saying to the preacher ‘Thank you, now I’ll take it from here’.

The point, however, is that the congregation would have known all the words that were sung that day, but because they would not have heard them set to music quite like this before it would have forced them to think anew about their meaning. Sellars’ hope was that his staging would similarly encourage present day audiences, who may already know the music well, to hear the words with fresh ears themselves. If that was his aim, it was one that was fulfilled from the start as when the Chorus proclaimed that they sought ‘Jesum von Nazareth!’, the gestures they employed suggested that this was not in order to arrest and crucify him, but because they desired his truth. In this way, the opening ‘Herr, unser Herrscher’ began with the Chorus lying on the ground, their arms rising at intervals as if reaching out for something. Then throughout the evening they employed similar actions, often on a staggered basis, so that the times when every member carried out the same sequence at the same time were few and far between.

Sellars has already staged both the St John Passion and the St Matthew Passion with the Berliner Philharmoniker, with the latter appearing at the Proms in 2014. On this occasion, however, the work was performed by the Orchestra of the Age of Enlightenment, although the conductor was, as before, Sir Simon Rattle. In the case of the St Matthew Passion Jesus was a relatively quiet presence, while the majority of actions that applied to him were carried out by the Evangelist so that the casual observer might have thought that the Evangelist was actually Christ. The point, however, was that the Evangelist was us and so we were all going on the journey with Jesus, thus doing and feeling as he did. In the case of the St John Passion, Christ did take centre-stage more so that he spent much of the evening blindfolded, and sang ‘Mich dürstet!’ and ‘Es ist vollbracht’ lying on his back with his arms outstretched, thus portraying his crucifixion. Nevertheless when the Alto sang ‘Wird mein Heil gebunden’ it was the Evangelist who ran to comfort her, precisely because Jesus could not physically do so because, as we heard and on this occasion saw, he was being bound. Then when the Tenor sang ‘Ach, mein Sinn’ it was with a total sense of shame as in this staging he was the one holding Christ prisoner.

The moment when Simon Peter cut off the high priest’s servant’s ear was followed by the Chorus surrounding the latter, appearing highly sympathetic to him, while Jesus actually appeared to restore it. Over the evening as a whole, however, the Chorus took on various guises so that when its members sang ‘Lasset uns den nicht zerteilen’, they crowded around laughing at the prospect of drawing lots for Christ’s coat, and even imitating shaking dice. Conversely, in the final Chorale they looked radiant as if Jesus had released them from all of their sins, so that it was left to the Evangelist alone to genuflect in abject sorrow.

When the St Matthew Passion appeared at the Proms, Sellars developed the staging from Berlin, where it premiered, by splitting the orchestra and giving Rattle two podiums so that he frequently walked from one to the other, still conducting as he did so. Here he only had one, but often came down from it to conduct the Chorus or to appear at the heart of the drama, as did various solo instrumentalists. For example, ‘Von den Stricken meiner Sünden’ saw Rattle and the two oboists appear in a square of light, courtesy of Ben Zamora, alongside the protagonists in the ‘scene’, and the effect was deeply moving.

The OAE played with beautiful delicacy as if the process of staging the work had brought its players into far greater contact with the music, and to new levels of discovery concerning its meaning. Of the soloists, Georg Nigl, Christine Rice, Andrew Staples and Camilla Tilling all delivered excellent performances, but it was two others who really stood out. The first was Roderick Williams as Jesus, who brought great richness and warmth to his sound, even when portraying someone placed in the most painful and undignified of positions. The second was Mark Padmore as the Evangelist, whose ringing tenor was accompanied by a persona so sensitive that it appeared to embody the shame of all mankind.