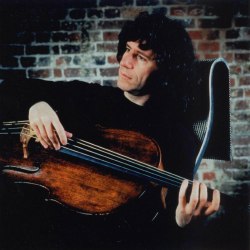 This was an exhilarating concert – even the five curtain calls at the end couldn’t do it justice.

The early nineteenth-century Austrian composer Franz Schubert was, and to a certain extent still is, much maligned and misunderstood for the wandering expansiveness of his musical structures.

His employment of dramatic tension and sublime melody in the E flat Piano Trio, however, is perhaps the most emphatic justification of his alleged prolixity.

The earlier String Trio in B flat, with its partial indebtedness to Haydn and Mozart, demonstrates the composer’s deft dexterity of instrumentation while he attempts to forge his own voice. The kaleidoscopic range of Schubert’s emotions is on display in the Arpeggione Sonata, a work that begins with painful sorrow and ends with peaceful contentment.

Needless to say, the success of such music is heavily reliant upon the exquisite sensitivity and commitment of its performers.

In cellist Steven Isserlis and his fellow chamber musicians, Schubert’s works surely had the most capable of advocates.

The highlight of the evening was, by far, the Piano Trio. From the first note to the last, all three musicians exuded a tremendous sense of passionate energy that made this a truly thrilling and memorable performance. Japanese violinist Arisa Fujita generated a sweet, silvery tone ideal both for Schubert’s long melodic lines and his sensitive accompaniments.

She was perfectly matched by Isserlis, the two always blending splendidly when accompanying the piano or playing in unison. Sam Haywood coped admirably with a challenging piano part, never heavy-handed in his approach, while his semiquaver runs were always extremely well executed.

The trio as a whole meshed brilliantly. They created a riveting sense of agitation during the first movement, while the third movement emanated pure jubilation throughout.

The second movement was especially magical. The timbre of Isserlis’ opening cello solo, played entirely on the instrument’s lower three strings, set an appropriately melancholic mood, and his subsequent combination with Fujita to provide the accompaniment for Haywood was almost more exciting than the melody itself. Fujita could have perhaps offered greater contrast by articulating more playfully in the folk-style second subject.

The centrepiece of this work is the fourth movement, and the trio treated it as such. Indeed, one felt as if the first three movements had been building towards the finale. The foot-tapping liveliness was established immediately with the piano’s opening solo, while the infectious second subject was elegantly played and exchanged by all three musicians.

They delivered Schubert’s ingenious recall of the second movement cello solo marvellously, creating an almost ghostly aura. When this section was reprised later, Haywood’s eerie portrayal of the second subject in conjunction with Isserlis’ melody was simply mesmerising. The movement’s final emergence from darkness into the light of the coda was gloriously performed, bringing the work to a close with heroic exuberance.

In this awesome performance, no single musician stood out above the others. The standard was impeccably high and, in the end, it was chamber music that emerged the victor over any individual performer.

The first half proved an auspicious prelude to the post-interval fireworks. Isserlis tackled the notorious difficulties of the Arpeggione Sonata with consummate ease, producing a clear and delicious tone.

His mastery of technique allowed him to create some wonderfully virtuosic effects to the benefit of the music. The harmonic echoes and the one-bow semiquaver runs in the first movement immediately spring to mind. The graceful rubato in the first and third movements gave the music time to speak, though not at the expense of forward motion.

The second movement was truly song-like in its romantically expressive portrayal, Isserlis and Haywood combining for a moving rendition before the release of the finale. Haywood was a more than capable accompanist, beautifully drawing out Schubert’s descending bass lines whenever they appeared.

The B flat String Trio was also performed delightfully. The three musicians presented a superb sense of ensemble, exchanging both accompanying and melodic lines with remarkable delicacy. The balance was somewhat inconsistent, with violist Beatrice Muthelet occasionally overwhelmed by the two outer players. Her Lndler solo in the third movement’s Trio section, however, contained a wonderful sense of vitality, and she combined well with Isserlis in their second- and fourth-movement accompaniments.

The concert was organised by the International Musicians’ Seminar, Prussia Cove, of which Isserlis is Artistic Director. IMS runs a series of spring master classes for outstanding young performers wishing to pursue a professional career. They also operate an autumn Open Chamber Music seminar in which many established musicians, as well as a group specially invited from the spring seminar, return to explore the chamber music repertory. Both seminars include various concerts in their remote Cornwall location, while the autumn seminar is followed by a national tour intended to bring the music-making of IMS to a wider audience.

Judging by this performance, the work done at IMS is nothing short of magnificent.