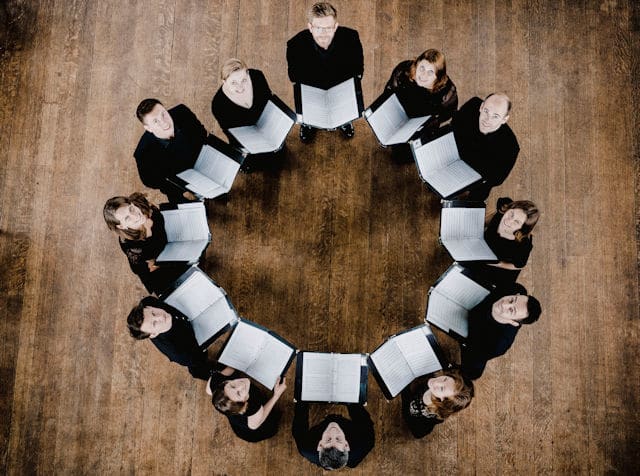 It is arguable that one could perform all of the music needed for the period of Maundy Thursday to Easter Day entirely from the oeuvre of Tomás Luis de Victoria who, during his tenure at the Pontifical Seminary in Rome, produced a vast quantity of sacred music for every occasion. Among this catalogue are 18 responsories for the central sections of the office of Tenebrae, taken from his 1585 Officium Hebdomadae Sanctae. Tenebrae occurs only three times a year – on the evenings of Holy Wednesday, Maundy Thursday and Good Friday – and is, in effect, an expansion of the offices of Matins and Lauds into a lengthy alternating pattern of readings, antiphons, psalms and responsories.

Each of the responsories (there are six per evening) is a short scriptural statement, followed by a response a versicle and a repeat of the response; each is different in character, and carries the Passion narrative a step further, from Judas’s betrayal to the sealed tomb. And herein lies the problem: without their contextual liturgies, performed as a concert set, the motets represent over an hour of a repeated pattern of musical utterances which – given the restricted polyphonic form – can become distinctly samey in the wrong performing hands. But Victoria knew his craft, and there are subtle differences in word painting that simply need attention. Stile Antico, on Thursday evening, took the trouble to pay that attention; it was obvious that every line had been dissected for its intent, and appropriate phrasing, dynamic and tempo had been applied – but all of this within a stylistic framework of the period. Drama there was aplenty, but there were no operatics, merely a demonstration of a consummate understanding of the idiom.

At the obvious level, for example, Judas Mercator began with a strong denunciatory tone, but reduced in volume for ‘ille ut agnus’ (Christ receiving the traitor’s kiss like an innocent lamb); Eram quasi agnus began with quiet intensity, but the attacca into ‘Venite’ (‘Come, let us put poison in his bread …’) was full of venom; the heavy tread of the giants in Tradiderunt me was elegantly delineated in a slightly marcato delivery; the suspensions were leaned on to point up the profundity of Caligaverunt and O vos omnes. At a more detailed level, though, there were some deliciously clever moments: the scurrying of Judas through almost-staccato passages in Una hora; in Jesum tradidit the responsory tells of Peter following Jesus at a distance; the versicle in between describes the assembly of the Sanhedrin, and the repetition of Peter’s wandering after this was given a slower, more reluctant pace; even a workaday recitation of polyphony found its place in Seniores populi (‘The elders of the people took counsel together’). Particularly enjoyable for timbre were the lower-voice responsories, Tenebrae facta sunt and Aestimatus sum, the warm buzz of the men’s voices allocated to these sounding like a quartet of dulcians. Completing the Easter story, Francisco Guerrero’s Maria Magdalena was given a cheerfully upbeat treatment, the repeated Alleluias singing out the joy of the Resurrection.

Performers know that the presence of an audience adds that touch of adrenalin that hones a live rendition. Perhaps it was this lack of live, present, listeners, or it might have been the many exposed solo lines (the group opted for one to a part for the reduced-voice central versicles), as some of the entries had less than the usual surety that one expects from Stile Antico about them. It was, nonetheless, a highly enjoyable and brilliantly crafted account of this cleverly constructed arc of motets.

The concert is available here