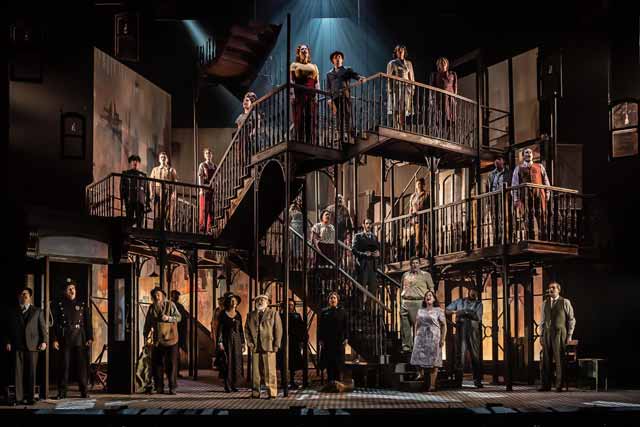 Opera North has scored another big hit with this superbly conducted, well sung and impeccably designed production of Kurt Weill’s ‘Broadway opera.’ In some ways a complete contrast to the season’s other offerings, this 20th-century piece nevertheless shares with them the sense of being a domestic tragedy arising from cruel misunderstandings. It also shares the company’s distinctive feature of genuine team work, in that the cast is made up of chorus members and regular leading singers who are well established in the opera world, and Matthew Eberhardt’s production allows them to shine wherever they are from.

Musically, the chief delights came from  the pit – unsurprisingly, since the conductor James Holmes is one of the leading lights in the world of Kurt Weill; not only did he work on a production of Street Scene with Weill’s own assistant, but his services to the composer were recognized by the award of Lifetime Achievement by the Kurt Weill Foundation. The Orchestra of Opera North responds to his direction with their characteristic flexibility and idiomatic skill, lovingly shaping the music just as they would if it were Mozart. As Holmes points out, Weill’s musical theatre is modelled on Singspiel, and in Street Scene we are often not all that far away from Die Zauberflöte. 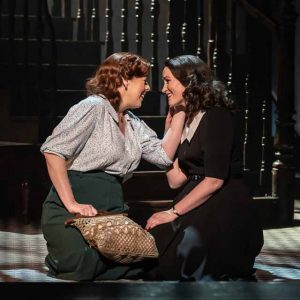 There is a huge cast of neighbours, families and children, but the Opera North Chorus deserves special mention for its superb singing and committed acting; Oliver Rundell and Nicholas Shaw have excelled themselves with their training of this group. Of the six families who are at the forefront of the drama, the Maurrants and the Kaplans are outstanding in the persons of Giselle Allen’s vulnerable, passionate Anna and Robert Hayward’s deeply troubled, angry Frank. Their daughter Rose is sung with sweet sincerity by Gillene Butterfield, and Alex Banfield impresses as her ‘best friend’ Sam; both their individual arias and duets were highlights of the evening.

There were more fine performances from Byron Jackson’s mellow Henry, Claire Pascoe’s waspish Emma Jones, Christopher Turner’s ebullient Lippo and Amy J Payne’s vibrant Olga. The chorus of youngsters brilliantly evoked the near-anarchy of childhood, and the dancing was expertly carried out. There were moments when some of the principals tended to swallow their words, presumably the result of maintaining the vocal line whilst essaying a Brooklyn accent.

Francis O’Connor’s set goes against the usual vision of brownstone and laundry to focus on a set of fire escapes and steps, in some scenes suggesting the extreme closeness in which these neighbours have to live and at others the sense of longing for higher or greater things to which some of them aspire. Howard Hudson’s lighting design finely evokes the changing moods of the work, and the costumes are redolent of the era, especially in the flowery frumpiness of the women’s dresses.

Just one more performance in Leeds, then the production is on tour to Newcastle, Manchester and Nottingham – it’s worth the journey.