by Benjamin Poore
published: 24 May 2021 in Opera and Classical Reviews
Tweet

Streaming performance continues even after the return of live music. It’s the best of both worlds. 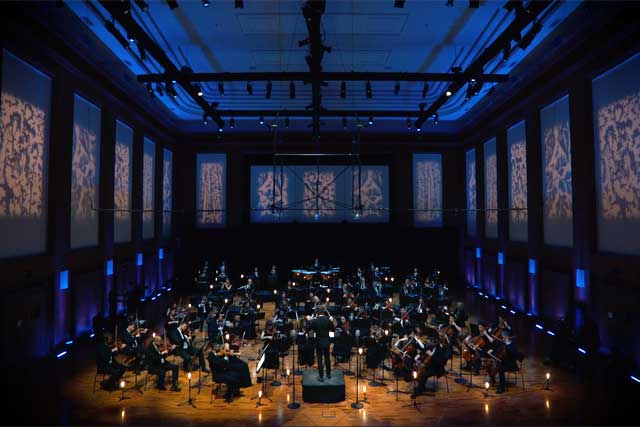 On Air is a streaming platform which launched last December, promising excellent sound quality and high production values to offer its audiences something as rich and thrilling as live music making. Over the next months they will offer concerts of music by Dvorak and Mozart; it launched last weekend with a performance of Johannes Brahms’ Symphony No.4 in E minor, his last, performed by the Synchron Stage Orchestra conducted by Johannes Vogel; their performances are filmed in Vienna.

EUR 9.99 gets you access to a broadcast at a fixed time – as if you are indeed attending a concert. As live music returns – I have been lucky enough to enjoy considerable thrills of two such performances this very weekend – it remains to be seen how durable digital offerings will be, as audiences are hungering for the inimitable hum of pre-concert chatter with all that follows. Unlike other classical music subscription services like Marquee TV or the Berlin Philharmonic’s Digital Concert Hall you do not have the option of repeated viewing or later playback – it is strictly pay-per-view in this respect.

Great performances of Brahms call forth its internal tensions in the tug between heart and head: Romantic releases of feelings that sometimes break through or are otherwise channelled by a cooler classicism and calculated approach to form and counterpoint. Vogel favoured, in the first movement, a spacious tempo and stateliness over its burgeoning, restive passions. The ultimate effect was one of ponderousness, which held back the emotional and contrapuntal energies of the piece. The second movement bore this unhurried approach a little better, spotlighting moments of real lyrical tenderness and nobility, with excellent playing from the clarinets. But again a lack of energy meant for onerous triplets in the dramatic tutti statements, and little feeling of striving or struggle. In particular there was little sense of narrative momentum that guided us towards musical and emotional climaxes. 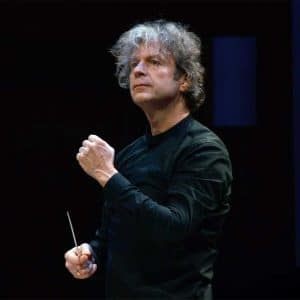 “EUR 9.99 gets you access… as if you are indeed attending a concert”

Speed isn’t everything, of course, but it was certainly welcome in the scherzo, which managed to get off the ground. Fanfares were crisp and bright; the strings offered punchy, muscular passagework, tossed off with total security and not a little bravado, though as a whole the movement came off as fresh and graceful if ultimately quite polite. The horn playing in the trio section was a particular highlight.

The final movement is marked Allegro energico e appassionata – Vogel opted for a more processional, lofty approach that again favoured a slower speed. Again the performance wanted for sense of internal drama, with the variation form of the Passacaglia creating a frame into which Brahms pours some of his most open-hearted writing, running a gamut of emotions from tender longing to terror and fury (something Wilhelm Furtwängler managed to capture in spades in his recordings of the work).

The coda showed some flashes of these energies but it felt too little too late. The slower variations delivered though, with resplendent, well-balanced horns and trombones in particular casting a reflective, almost valedictory spell. Indeed, the orchestra has a lush, well-blended sound and is served well by the excellent quality of the recording. Can it compete with live music-making? The jury is surely out at the present time, but On Air have considerable musical and presentational professionalism on their side.