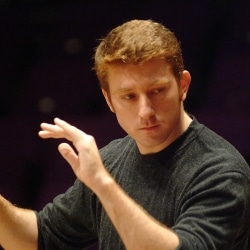 Bampton Classical Opera deserves huge praise for putting on this new Mozart opera during the much-publicised 250th anniversary year of Mozart’s birth. Indeed, I would be hard pressed to think of any other celebratory event more relevant than this production. The Jewel Box is mostly unknown, yet it is pure Mozart and was performed by Opera North in 1991, during the 200th anniversary year of Mozarts death.

The music, compiled by former music critic Paul Griffiths, comes from 25 Mozart compositions, most of which were written for operas that were left unfinished or as insertions for other composers operas. Based on evidently very thorough research, Griffiths also compiled the libretto from works by such 18th-century masters as Goldoni, Metastasio, Palomba, Petrosellini, da Ponte and Veresco.

Apparently, Griffiths based his idea for The Jewel Box on a letter which Mozart wrote on 12 March 1783. Mozart reports to his father that he took part in a pantomime as Harlequin, with his sister-in-law as Columbine and others as Pierrot, Doctor and Pantaloon. As the music – composed by Mozart – has long been lost, Griffiths seems to have aimed to recreate a similar plot but based on the music now chosen. The characters in the current libretto are as mentioned in Mozart’s letter, that is, Dottore (the doctor), Pantalone, Colombina, and Pedrolino. New characters include The Composer, The Father (that is the composers father) and The Singer of opera seria. Loosely speaking, the plot concerns competition between opera buffa and opera seria. In the event, music in both forms – wins.

Director Jeremy Gray made the most of the very small space available for his cast of seven singers, all of whom responded very well to what looked like meaningful direction. Costumes and lighting were also pleasing and credible. It would have been helpful to make young Vojtech Šafarík, playing the father, look a bit older (with appropriate make-up). It would have been also very helpful had the disturbing loud noises coming from the venue’s restaurant from about ten minutes before the end of Act 1 been banned.

Of the singers Serena Kay (The Composer) sounded the most experienced and accomplished, but all of them coped well with some very difficult vocal lines. Ilona Domnich (Columbina) sounds like a promising Susanna, Despina, but also a Countess. Marc Labonette (Pantalone) has a commanding baritone voice as well as a strong stage presence. Vojtech afarik displayed an impressive bass voice and huge stamina.

Though clearly owing to space restrictions, unfortunately the orchestra (London Mozart Players) and conductor (Matthew Coorey) were placed behind the singers. Notwithstanding apparently two television sets installed to show the conductor to the singers, ensemble work suffered from time to time: television sets are not adequate substitutes for proper contact with conductors.

Orchestra and conductor gave us real Mozart. Particular praise is due to double bass player Richard Alsop for his brilliantly performed virtuoso obbligato part and to oboist Celia Nicklin for her sensitive solo playing.