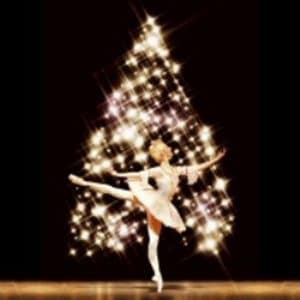 For the last couple of years the Royal Ballet has been dishing up Ashton’s Cinderella as its Christmas treat, so it’s good to return to The Nutcracker. True, Peter Wright‘s production is getting on a bit now, but it’s still so stunning that surely nobody will ever tire of it. This was a sturdy revival of one of the Royal’s best, even if it was rough around the edges in Act I.

The designs by the late Julia Trevelyan Oman remain stunning, and Mark Henderson’s lighting makes for fluid scene changes, not least at the entrance to the Kingdom of Sweets in Act II. Peter Wright has a special touch with this ballet, increasing the darker side of the story without losing the fairytale atmosphere.

Perhaps some of the magic was lacking on the first night, but Gary Avis did a solid turn as Drosselmeyer, the magician in search of his lost nephew Hans-Peter. The prologue and epilogue add a sense of Drosselmeyer’s heartache, a magician frustrated by his inability to solve his nephew’s problem: Hans-Peter was turned into the Nutcracker by the Mouse King (the menacing David Pickering), and unless a girl falls in love with the Nutcracker, he will never come back to life.

His god-daughter, Clara, was Iohna Loots, a little too mature-looking perhaps, but technically secure. Clara’s Nutcracker Prince was the superb Ricardo Cervera, in excellent form in both the dramatic demands of the Battle scene and the nifty footwork of the Russian dance.

One of the nicest things about the production is the way it brings together several generations of the company’s dancers. It was great to see Christopher Saunders commanding the opening scene as Dr Stahlbaum, Isabel McMeekan in the Arabian Dance and the young but promising Tao Dubreuil as Clara’s brother Fritz, all on the same night.

Needless to say, the performance was dominated – and lifted into a higher gear – by Miyako Yoshida as the Sugar Plum Fairy. She glides across the stage with exquisite poise, bringing out the music in every step. She was partnered by Federico Bonelli, in better form than usual. He handled the lifts rather well, gently rocking Yoshida in sweet romance towards the end of the first movement of their grand pas, hinting at a blossoming partnership.

The Orchestra of the Royal Opera House was in leaden form during the first half of the evening. Valery Ovsyanikov‘s conducting was so woolly that one wondered if he was directing a completely different ballet. Where were the delicate nuances of Tchaikovsky’s score? And why was the London Oratory Junior Choir a beat behind the orchestra in the Snowflakes scene?

Life improved in the second act, though, and despite some occasional blotches, the evening was enjoyable enough.