The Sound of Colour: Kandinsky and Schoenberg 1911 -1912 @ Almeida Theatre, London 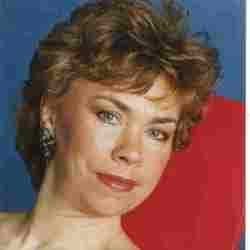 This concert formed part of Tate Modern’s current Kandinsky exhibition and justifiably so.

The pre-concert talk, given by the dynamic partnership of conductor Richard Bernas and stage director Mike Ashman, focused on Schnberg’s Pierrot Lunaire, op.21 (1912), which formed the second part of the concert. Though Schnberg wanted Pierrot Lunaire to be performed as a concert piece, Bernas and Ashman endeavored to recreate the first performance. Pierrot Lunaire was commissioned by the singer/actress Albertine Zehme, who insisted on wearing a costume, using lighting designs and having the musicians behind a screen. In other words, Zehme brought a cabaret performance into the concert hall.

There is a strong likelihood that Zehme would indeed have liked Almeida’s performance. With the musicians out of sight (behind a screen), focus centered on singer Sally Burgess who turned out an extraordinary performance. It is no mean feat for a singer to perform Pierrot Lunaire from memory, performing it without seeing the conductor and acting constantly the 21 poems comprising Pierrot Lunaire

I have no way of knowing if Sally Burgess’ rendering of the Sprechstimme Schnberg’s invention of a style between speaking and singing was performed as intended by the composer. I know from Schnberg’s own writing that he wanted razor-sharp rhythm as well as speech in a musical form. Schnberg also warned that the performer must not produce singing speech (but speech in a musical form). Though Schnberg was at pain to notate his score with utmost accuracy, interpretation of his Sprechstimme instructions seems to vary from performer to performer.

Aided by imaginative lighting (by Paul Keogan), director Mike Ashman and singer Sally Burgess (in a tasteful clown costume) have created a credible (and likeable) commedia dell’arte character. Sadly the words were lost as there were no surtitles to help us to understand the German text and it was too dark in the auditorium to read the translation.

Unfortunately, Sally Burgess’ German diction was not easy to understand. Judging by Schnberg’s own writing, Pierrot’s character is in the music. But, surely, if acted (and especially as vigorously and passionately as by Sally Burgess) rather than performed as a concert piece, the words are crucial. Though I was unable to follow the score in the dark auditorium, the ensemble between singer and instrumentalists appeared to be fine. And I can definitely vouch for fine instrumental playing by all the musicians.

Liszt’s Monk is a poem (by Nikolaus Lenau) recited over a piano accompaniment. Veteran bass singer Richard Angas gave a truly dramatic (but disciplined) speaking performance with crystal clear German diction. Sadly non-German speakers in the audience would have not known what they heard. As with Pierrot Lunaire and all other pieces in the concert, there were no surtitles and it was too dark to read the translated text.

Though originally written for solo piano, Liszt’s reworked Elegie is essentially a cello piece with accompaniment by the unusual combination of piano, harp, and harmonium. The piano was the lead instrument and pianist Andrew Ball indeed kept the piece together. As an ex-cellist, I like to say nice things about cellists but the only positive comment I can make here is that the cellist played. In fairness I must add that she may have been distracted during this piece. In the substantial Pierrot Lunaire there were no problems in the exposed and very difficult cello part.

Schnberg’s Herzgewchse is scored for voice, harp, harmonium and celeste. The harp and harmonium of the accompanying ensemble created the logical link to the previous piece (which, in turn, was the logical continuation of the preceding piece). Sadly, the top notes of the voice part seemed so out of range for the soprano, that the performance was ruined (for me at least). Luckily the performance of Pierrot Lunaire in the second half of the concert represented a much higher standard.