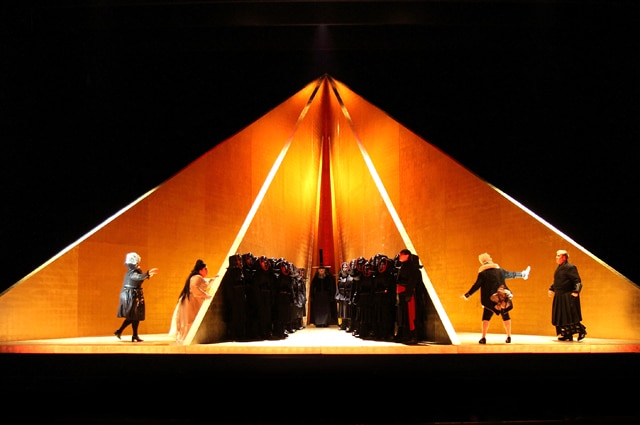 Much was riding on English National Opera’s new production of Wagner’s epic music-drama Tristan and Isolde. When planned by the company’s now ex-artistic director John Berry, no one could have foreseen, least of all him, that his choice of director would have replaced him as artistic director by the time this staging was unveiled. At least Berry’s been consistent over the years, as yet again he’s succeeded in replacing a thought-provoking, strikingly visual staging with one which is inferior in every single respect. The catalogue of other stagings which have met with a similar fate is far too depressing to recount here, but one has to ask the question why a beleaguered, cash-strapped company like ENO is allowed to continue throwing money away in this fashion.

Depressingly, this witless farrago only further highlighted the fact that the company is now in the hands of people who appear to have only the slightest knowledge of the art form, which seems to have been further compounded by Kramer’s appointment.

Whilst not hankering after a literal interpretation of Wagner’s opera – neither Alden, or more recently Christoph Loy down the road gave us an actual ship – both these gifted directors at least delivered productions that replaced Wagner’s stage pictures with something that was visually arresting, and intellectually challenging. In comparison Kramer’s efforts at best look half-baked. It’s as though he and his costume designer Christina Cunningham have trawled through ‘Regie’ stagings from the last ten years and cherry-picked all the worst bits, then thrown them together without much, or indeed any thought.

Anish Kapoor’s designs add to the confusion. A pyramid divided into three sections for the first act that plays havoc with the sightlines for anyone sitting on the extreme left or right of the auditorium, a circular grotto for the second, which becomes an obstacle course for the singers, and a scrim with a massive gash, exposing parts of the grotto for the third. 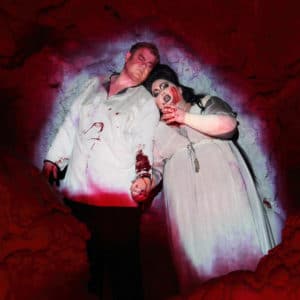 What frustrates and saddens the most is Kramer’s wayward direction of the characters. Brangaene and Kurwenal suffer the most. The latter becomes a periwigged dandy, endlessly fussing over his master Tristan, whilst she looks like a reject from The Hunger Games. Isolde is an eye-rolling, self-harming ‘Ortrud-on-steroids’ whilst Tristan is attired as a samurai warrior. Similarly, King Mark appears at the close of Act I looking as if he’s just stepped out of The Mikado, and later in Act II bears an uncanny resemblance to Abraham Lincoln, thanks to his comedy beard. None of this imagery is explored, or developed throughout the long evening, and by the last act we’re in Beckett territory. Heaven knows why.

Musically things fared better, but anyone with memories of the last revival of the Alden staging in 2003 will have felt short-changed. Former music director Edward Gardner was in the pit, and whilst he elicited some exciting playing from the orchestra, some sluggish choices of tempo caused the tension to sag at times, and it’s a shame we didn’t get the score complete. Usually the decision to make a cut in Act II is to ease the burden from the tenor singing the role of Tristan but in this case there was no need as Stuart Skelton was on blistering form. Radiant of tone, with immaculate diction, there can be few, if any, tenors who can match his heroism in this role today. True, he started to tire towards the close of the evening but even so he never resorted to forcing the voice or hectoring.

If only he’d had an Isolde to match him. Pinched of tone, and lacking the lustrous qualities all Isoldes should possess, Heidi Melton was already having trouble with the high notes in Act I, so by the second many of them became shrieks. She appeared to have totally sung herself out by the end, delivering a Liebestod utterly devoid of radiance, beauty and transfiguration. Despite the hideous characterisations imposed on them, Karen Cargill and Craig Colclough gave ardent performances as Brangaene and Kurwenal, whilst Matthew Rose was a dignified, noble King Mark, whose long monologue became the emotional core of the opera. All smaller roles were well cast, with a special mention to David Webb who got the opera off to a magnificent start with his mellifluous singing as the off-stage sailor.