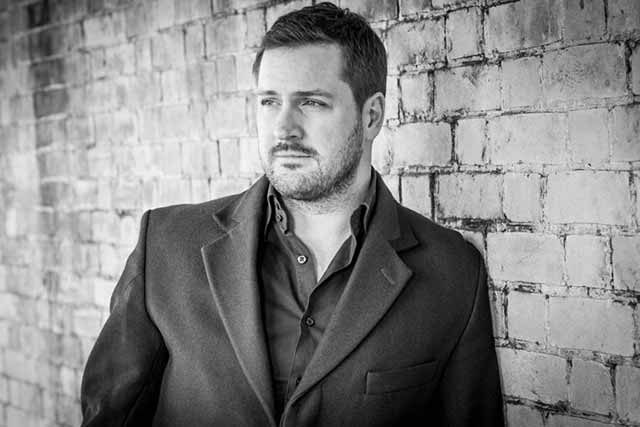 Verdi wrote his first comedy Un giorno di regno in 1840, and his second Falstaff in 1893. He had been offered a range of comic libretti to choose from, and is reputed to have said that Felice Romani’s libretto, which was based on Alexandre-Vincent Pineux Duval’s 1808 play Le faux Stanilas, was ‘the least bad’ of them. It was by all accounts a flop on its premiere at La Scala, with the singers reportedly being cautious and unfamiliar with the comic idiom, and lasted for just one performance. Things cannot have been helped by the fact that Verdi’s wife had just died, meaning he did not even want to be in Milan to supervise the rehearsals, although, as Ditlev Rindom points out, grief ‘did not prevent him from shaping Un giorno di regno with his usual care’.

Verdi was almost moved to abandon opera altogether, although he then bounced back in spectacular fashion with Nabucco. It is hard to escape the conclusion, however, that the entire experience was at least partly responsible for him not writing another comedy for over fifty years. Nevertheless, Un giorno did enjoy select performances across Italy in the years following 1840, and in later life Verdi looked back more favourably on his creation, commenting that plenty of worse operas had been written. Upon hearing this presentation from the Chelsea Opera Group, that would seem to be reasonable assessment of the work. This is because, aided by a performance of an extremely high standard, it came across as hugely enjoyable and highly worthwhile, even if no one is claiming that it scales the same heights as the composer’s best.

Set in the castle of Baron Kelbar on the outskirts of Brest, France in 1733, the story opens on preparations for a double wedding that will see the Baron’s daughter Giulietta marry the treasurer Signor La Rocca, and his widowed niece the Marchesa del Poggio wed Conte Ivrea. The celebratory atmosphere is made complete by the fact that King Stanislau is also due to visit the Baron’s household that day, but Giulietta is unhappy because she loves La Rocca’s nephew Edoardo, while things become even more complicated when the King actually arrives. He explains to the audience in an aside that he is not actually Stanislau, but rather an army officer called Belfiore, with political reasons leading the monarch to send Belfiore to impersonate him.

When he learns, however, that the Marchesa, who he loves himself, is to marry Conte Ivrea, he writes immediately to the King saying he wishes to relinquish his responsibility to impersonate him. Edoardo, feeling inconsolable because Giulietta is about to wed another, asks Belfiore if he can enter military service in Stanislau’s army. Belfiore accepts him, leading them to join in a military duet (‘Infiammato da spirto guerriero’) in which they sing of gratitude and bravery, although in another aside Belfiore divulges that he is only really thinking of the trouble he can cause in the Baron’s household.

The Marchesa initially thinks she recognises the King to be Belfiore, and then has her suspicions confirmed. There follows a game between them, which lasts for almost the remainder of the opera, in which he does not divulge his real identity, and she does not reveal that she knows who he is. She pretends she is going through with her marriage to Conte Ivrea, and both grow angry at the others’ suspected infidelity while privately revealing just how much they love each other, with Belfiore even going so far as to tell Conte Ivrea that he may not marry the Marchesa for ‘reasons of state’.

Things seem to go better for Giulietta and Edoardo when Belfiore offers La Rocca a professional promotion, which would also include marriage to the extremely wealthy Princess Isanska. This paves the way for Giulietta to be free to marry Edoardo, but still presents many problems. On the one hand, the Baron feels insulted at La Rocca’s rejection of Giulietta, and challenges him to a duel in order to receive satisfaction. In addition, when Edoardo says he is too poor for the Baron ever to approve his marriage to Giulietta, Belfiore remedies this by insisting that La Rocca gives him 5,000 scudi and one of his castles, with La Rocca being angry at this but in no position to refuse the orders of a King.

Things are resolved, however, when a letter arrives from the real King, explaining that he can now end his disguise. Belfiore orders the marriage of Giulietta and Edoardo and then reads the letter aloud, which reveals that he has been rewarded for his endeavours with the extremely high ranking title of Marshal. This paves the way for him to marry the Marchesa amidst general rejoicing as the Baron accepts the situation and makes amends with La Rocca.

The opera as a whole comes as close to Verdi sounding like Rossini as he ever did, with the Overture seeming to epitomise opera buffa, although it certainly has a touch of class. It undoubtedly packs a punch, but also possesses a sprightly air as it includes some pizzicato strings. The opera does include some recitative accompanied by harpsichord (or pianoforte here), which is an opera buffa technique that was actually going out of fashion by 1840. The musical interlude to the Marchesa’s ‘Grave a core innamorato… Se dee cader la vedova’ sounds a little like the music that accompanies Don Basilio’s ‘La calunnia è un venticello’ in Il barbiere di Siviglia. The opera features several rousing choruses, as well as all of the characters singing in harmony at the end of each of the two acts, with the pandemonium that is unleashed at the end of Act I feeling highly reminiscent of Il barbiere.

Although this was a concert performance, there were a few nice touches so that Giulietta struck Edoardo so realistically that it elicited gasps from the audience. Similarly, when Belfiore’s squire Delmonte (John Vallance) delivered the final letter from the King to Belfiore he passed it to him via various orchestra members.

The singing was of an exceptionally high standard, with John Savournin’s bass-baritone proving extremely smooth as the Baron, and Nicholas Folwell imbuing his own splendid baritone with much character as Signor La Rocca. George von Bergen was simply a class act as Belfiore, Sarah-Jane Lewis’ soprano revealed much beauty and feeling as the Marchesa, while Aaron Godfrey-Mayes played his part to the full in the small role of Conte Ivrea.

The first among equals, however, were Luis Gomes and Paula Sides who formed a tremendous partnership as Edoardo and Giulietta. Gomes’ ringing tenor proved brilliantly expansive, and although it revealed much power it still had the ability to convey a lightness of touch. Sides’ soprano was shaped to perfection as it let out a range of intriguing, and always impeccably controlled, sounds, especially towards the top of her register. Add in Tom Seligman’s excellent conducting of the orchestra, and a chorus, directed by Lindsay Bramley, on top form, and the result was a special evening that revealed Verdi’s first and little known comedy in all its glory.

The Chelsea Opera Group will perform Ildebrando Pizzetti’s Murder in the Cathedral with Sir John Tomlinson on 28 March 2020 in the Queen Elizabeth Hall. For details of this and all of the company’s future events visit the designated website.