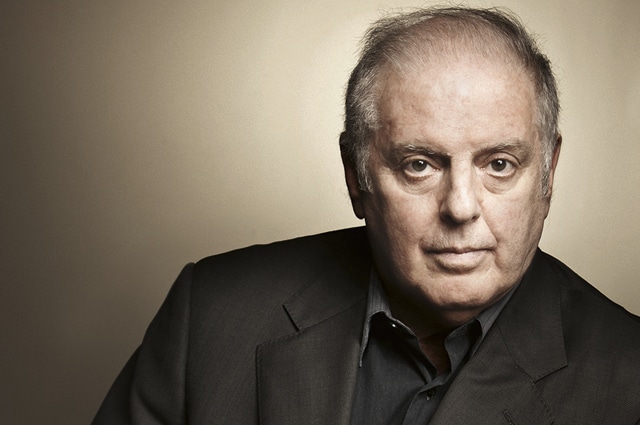 Daniel Barenboim is a very busy man. Few conductors would entertain the kind of hectic schedule on which he seems to thrive, but the downside of this is one can’t help thinking that he might be spreading himself too thinly. He’s no spring chicken and as other conductors approaching their mid-70s might reasonably start to cherry pick their engagements, Barenboim appears to be on an opposite trajectory.

As part of the annual Festtage (Festival Days) that takes place in Berlin around Easter he was at the helm of a new production of Orfeo ed Eurydice at his home company, the Berlin Staatsoper, a revival of Parsifal, a concert of Mahler and Elgar with the Staatskapelle (the opera orchestra) and despite that still managed to squeeze in a performance of Mahler’s 9th Symphony with the Vienna Philharmonic Orchestra.

By all accounts the performance of Elgar’s 1st Symphony was a revelation, and whilst there was much to admire in the Mahler, overall it was rather disappointing. Maybe expectations were too high, but as an esteemed colleague pointed out to us afterwards, the Viennese orchestra doesn’t have the Austrian composer’s music in its blood like its Berlin counterparts do, and it was hard to know how much rehearsal time they’d had with Barenboim. Given his hectic schedule and the wayward approach to the first movement, we’d guess not much.

Sometimes an orchestra and conductor playing ‘by the seat of their pants’ can produce viscerally exciting results, but balance was awry, and this was very much a first movement with bared fangs – the opening motif on the harp and lower strings was delivered with barely contained ferocity – and so it continued, although this perilous musical journey did highlight some exceptional playing, especially from the wind section.

The inner two movements proved to be more coherent, and there was a slyly humorous lilt to the second. It wasn’t until the final movement, where everything finally gelled, that we really got to hear what this partnership can do. The strings had a sheen and incomparable beauty that did full justice to Mahler’s vision of finality yet Barenboim never allowed it to become sentimental or cloying. Whilst there can be no denying the committed playing of all sections of this most prestigious of orchestras, it’s a shame that the performance as a whole couldn’t capture the beauty and magic of the closing pages of this glorious work.