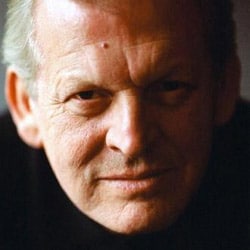 Concerts in support of charitable trusts, where the artists give their services free, are inclined to be a bit of a hotchpotch, but sometimes they achieve something much more unusual in that they provide a living symbol of a venue or organisation.

This was certainly the case at Wednesday’s Young Singers’ Welfare Foundation Gala, since the programme featured young, up and coming musicians alongside the starriest names exactly what the Wigmore Hall is all about.

Sir Thomas Allen is one of the Foundation’s patrons, so it was fitting that he should begin the evening, and did so in fine style, including a heartfelt performance of Wolf’s ‘Benedeit die sel’ger Mutter’ with as finely judged a pianissimo at ‘Süsse’ and forte at ‘Wahnsinn’ as you would expect from any of his younger colleagues in this repertoire. Sir Thomas joined Rebecca Evans for a beguiling ‘Là ci darem la mano‘ which they had never previously sung together, despite having both performed it ‘hundreds of times.’

In contrast to these well established singers, we heard the up and coming Sophie Bevan and Jennifer Johnston, accompanied by Alisdair Hogarth, in a very polished Mendelssohn set including a ‘Gruss’ (Wohin ich geh’ und schaue’) which showed a subtlety of interpretation well beyond these youthful voices. Similar poise was shown by Madeleine Pierard and Nicky Spence in a very jolly ‘Happy We’ (from Acis and Galatea), and Gerard Collett was dramatically apt in ‘Der Schildwache Nachtlied’ despite a rather unvaried tone.

The evening’s finest moments came from both expected and unusual sources. It was no surprise that John Mark Ainsley and Malcolm Martineau provided subtle, beautifully nuanced singing and playing in their Schubert group, especially in a superb ‘An den Mond’ which was daringly taken very slowly, the emphasis not so much on the gemütlich features of the poem as on its melancholy, introspective questioning. In contrast, I had not expected much from Brindley Sherratt’s Tchaikovsky aria, since such excerpts are usually weakened by extraction, but his Prince Gremin was a very moving, absolutely convincing assumption which I would love to hear again.

The ‘Champagne!’ aria from Die Fledermaus provided a rousing finale, taken at breakneck speed with Rosemary Joshua’s Adle leading the toast ‘dem König aller Weine,’ sending us all off in a happy mood, having enjoyed such a sparkling evening in the excellent cause of this Foundation, which is devoted to supporting singers under 40 who suffer financial hardship through illness.