by Benjamin Poore
published: 26 May 2021 in Opera and Classical Reviews
Tweet

Schubert’s great work is presented in an ideal setting. 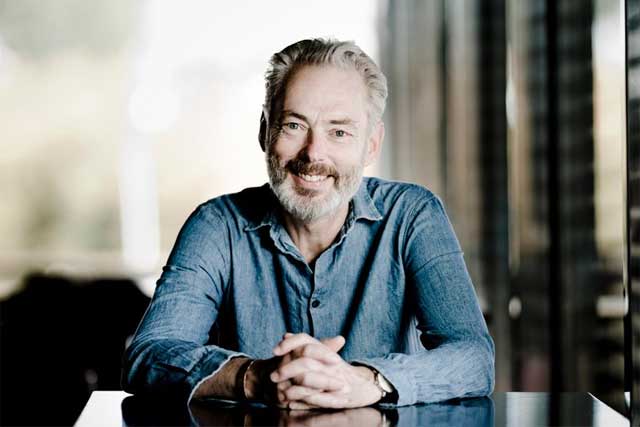 Tenor Mark Padmore has something of a gift for the haunted loners with one eye on mortality, offering defining performances as Captain Vere in Britten’s Billy Budd and Aschenbach in Death in Venice. He’s got world-weariness down pretty well too as a tender, broken-hearted Evangelist in notable performances of both Bach Passions. So it was unsurprising, perhaps, that his performance of Winterreise at the Ragged School Festival in London’s Mile End would be delivered with such naturalness and intimacy. Padmore was joined in his chilly sojourn – May offering unseasonable but thematically apt weather outside – by young pianist Pavel Kolesnikov, who was taking his first journey through this toweringly atmospheric work of German Romanticism. He couldn’t have picked a more experienced partner in not just song but indeed this cycle – Padmore has recorded it to great acclaim with Paul Lewis and in a more historically-contoured way with fortepiano exponent Kristian Bezuidenhout.

For some reason the programme mistitled the work as ‘Die’ Winterreise, which is indeed how the poet Wilhelm Müller originally had it in the collection Schubert sets. A trivial thing, perhaps, but dropping the definite article – as Schubert did, making it simply Winter Journey – imbues the work with an existential froideur crucial to its sense of undimmed contemporaneity. Because of Winterreise‘s reputation and popularity with audiences it is often presented in halls far grander – the Barbican and Royal Opera House spring to mind – than the kind of room Schubert first offered it to his (rather appalled) audience of acquaintances. So hearing it in the relatively confined – though COVID-secure – spaces of and old Victorian school room was disarming and visceral. The bare wooden floors and whisper of dilapidation made for a mightily atmospheric setting for this cycle of etiolated humanity.

Kolesnikov’s performance seemed to drink this in. His playing was taut and clipped, favouring a surprisingly staccato opening, and, in songs like ‘Letze Hoffnung’ and ‘Einsamkeit’ finding unusual accents and wrong-footing rhythmic emphases. It gave the piano accompaniment – far too crude a term for this most collaborative of works – the sense of antagonistic partner, the treacherous, capricious world that fuels the fury and paranoia that will eventually overtake the singer as the cycle winds to a close. Some of the accompanying passagework in the right got a little muddy on occasion – for instance in ‘Erstarrung’ – and one sensed Kolesnikov should have given way for Padmore to breathe at a few points early on. But by the time he reached ‘Der Leiermann’, one of the most frightening songs ever composed, we heard a rare, haunting delicacy. Winterreise is a life’s work, but Kolesnikov already has much to offer and tell.

“…Winterreise… delivered with naturalness and intimacy”

It’s a paradox of Padmore’s performance that his ease with the storytelling creates such intimacy and connection in a piece describing such extremes of alienated isolation. In the final seven songs of the cycle Padmore grew in intensity and heightened musical contrasts, as the wanderer’s world really begins to fall apart. Vocally he is as deft as ever. In ‘Mut’ and ‘Die stürmische Morgen’ he raged apocalyptically against the world with undimmed strength. ‘Der Wegweiser’ was a picture of a wounded outsider, resignedly wondering why he has been cast out. At times the text was delivered as if speech. Textural and colour contrasts he drew between verses in songs like ‘Der Wegweiser’ and ‘Rückblick’ allow Padmore to portray a character whose rich emotional landscape he has scoured for every detail.

Characteristic is his cultivation of different effects when deploying his famously pure head voice. His security and core using that particular area of the voice gives him an emotional and colour palette remarkable in its range. In ‘Erstarrung’ it pleads. In ‘Nebensonnen’ it expresses both radiant delusion – the harbinger of almost total psychic breakdown – and the tender brokenness of mourning: ‘Ja, neulich hatt’ ich auch wohl drei: / Nun sind hinab die besten zwei.’ I used to have three suns, not long ago – but now the best two have set. It was an evening of musical storytelling so fine that you could have dispensed with the translations provided.

Details of the festival can be found here.