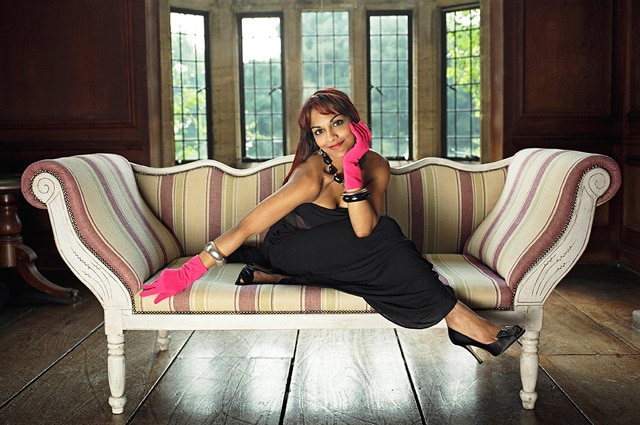 What was not to like about this concert (verging on semi-staged) performance of Bernstein’s Wonderful Town, presented on the eve of his centenary year? The opportunity to hear such a rarely performed, underrated work was obviously welcome. The fact it was to be presented by the London Symphony Orchestra, utilising the type of forces that would never be seen were the piece enjoying a lengthy West End run, also boded well. In the event, however, the final ingredient that made the evening such a success was the manner in which soloists, orchestra and chorus alike performed with such spirit and panache.

Written in 1953, nine years after the better known On the Town, the musical, which has lyrics by Betty Comden and Adolph Green, tells the story of two sisters from Ohio trying to make it in New York. The elder, Eileen, is a feisty, outgoing actress who initially has more success in furthering her career than the more introverted, intellectual Ruth who wants to be a writer. Neither has an easy time of it though, prompting both to think on more than one occasion whether they should just go home. Things are further complicated when they both fall for the same man, Bob Baker. A happy ending ensues, however, when Eileen not only gives way, but takes positive steps to ensure that Ruth and Bob’s love blossoms.

Although the story may feel a little basic and clichéd, it does allow for genuine human emotions to come to the fore. The manner in which Eileen says she wishes Ruth had said how she felt about Bob sees genuine sisterly love triumph. This feels far more relateable than the supposedly grand emotions we see rendered when, for example, an operatic heroine favours death over forswearing her love.

The music is extremely varied, as comic numbers rub shoulders with far deeper ones. In this way, a concert performance proved an excellent vehicle for allowing the songs to shine as it helped each soloist to perform to, and connect with, the audience. For example, Danielle de Niese as Eileen could bring superlative acting abilities and the full weight of an operatic soprano to ‘A Little Bit in Love’.

Coming much more from a Broadway tradition, Alysha Umphress as Ruth delivered a model performance of ‘One Hundred Easy Ways to Lose a Man’ in which just as much skill was required to deliver the tricky spoken lines as any of the vocal ones. Duncan Rock as the football player Wreck gave a spirited and entertaining performance of ‘Pass the Football’ while, at the other end of the spectrum, Nathan Gunn as Bob brought his relatively dark baritone to the fore to deliver ‘A Quiet Girl’ with sensitivity and an appropriate sense of gravitas.

This performance utilised the concert version of the musical, which cuts the vast majority of the dialogue. Despite the huge London Symphony Orchestra and Chorus occupying virtually all of the stage, and leaving the principals with very little space to move, the performance felt exceptionally dynamic. Some of the stagecraft was extremely subtle, so that Ashley Riches as the Guide showing the tourists ‘Christopher Street’ led the other principals across the stage and then off it. As he mounted it once more, however, his followers held back, thus enabling his interactions with the individuals he met, and the sound of the chorus behind, to come across more clearly.

There were interactions between the soloists and Sir Simon Rattle, and the conductor’s podium was used as the dock that Eileen is put in for disturbing the peace. The greatest fun, however, came during the ‘Conga’ when the entire cast of principals as well as the front row of the chorus danced across the stage and through the auditorium.

The first half of the concert was devoted to Bernstein’s Symphony No. 2, ‘The Age of Anxiety’ of 1948-49, which uses music to portray, and take even further, W. H. Auden’s eponymous poem. The LSO provided an immensely accomplished performance of this intriguing piece, with the fact that the piano soloist, a superb Krystian Zimerman, was suffering badly from a cough only adding to the work’s edginess. In terms of memorability, however, even this auspicious beginning to the concert was eclipsed by its ending. This saw an encore of the ‘Conga’ in which several audience members joined the line as it moved around the hall, with some of them even ending up dancing on the stage with the cast.

The LSO will perform Wonderful Town again at 6.30pm on 21 December, this time without any other pieces in the programme.