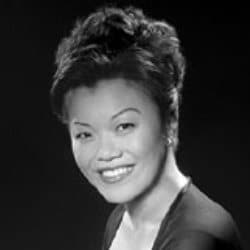 Ever controversial, radical American director Peter Sellars opened this performance with a half-hour talk on slavery in the 21st century, with help from representatives from two organisations that do sterling work to combat it.

Aidan McQuade, Director of Anti-Slavery International, and Denise Marshall, Chief Executive of The POPPY Project stated some horrific facts, for instance that over 12 million people are enslaved in today’s world.

We were also told appalling tales of women who are trafficked to England and forced to be prostitutes, sometimes being raped as many as thirty times a day, seven days a week.

It was a valiant attempt to contextualise the opera that was to follow for today’s audience. According to Sellars, Mozart was a life-long fighter against slavery, and the director reads Zaide as a symbol of freedom. Its story certainly backs up that view the Sultan Soliman’s slaves are allowed to escape by the supervisor Allazim, and although Soliman is at first angry, he repents thanks to the influence of heaven but it doesn’t even approach the quality of Beethoven’s escape opera, Fidelio.

I have derived much pleasure from the unfinished Zaide on record, where its 75 minutes of music show Mozart at his most inspired. However, Sellars has fleshed out the score with five entirely unnecessary and irrelevant (though gloriously played) excerpts from the composer’s incidental music to the play Thamos, King of Egypt, which, like Zaide, was written he was 23.

Irritating and rather facile mimes were provided for these sections, and mime also replaced the monologue of Gomatz’s melodrama in Act 1 for the very good reason that the words contradict what Sellars wants them to be! Gomatz should say, ‘Inscrutable fate! You throw me amongst these terrible criminalswho have forged their own fate by the crimes they have committed me, a guiltless man amongst them!’. But Sellars superimposes a mime over the music instead, and in the programme notes says that Gomatz ‘does not know the background histories of his fellow slaves or how they came to be enslaved’. This massaging of a fascinating but unfinished work to suit a different purpose to the one Mozart intended is difficult to admire as a result, especially as it weighed in at two and a half hours (including talk) and was on the whole, inadequately sung.

The evening’s saving grace was the exquisite period-instrument ensemble Concerto Kln and the faultless conducting of Louis Langre, who strove to accompany the far too young and inexperienced cast with a high level of sensitivity. In the end, the excerpts from Thamos turned out to be the highlights of the performance, because the orchestra could unleash the tempests, undulations and contrapuntal intricacies of the music without hindrance or distraction.

The title character was played by Korean soprano Hyunah Yu, who was a big disappointment. She oversang her first four pieces and in consequence had no tone in her subsequent aria ‘Tiger!’ and the concluding quartet (which is a sumptuous piece of music but was poorly done here). Admittedly, Sellars was working against Yu and all her colleagues by having them adopt uncomfortable positions and facing away from the audience too often, but their voices were inadequate even with this excuse.

Gomatz was sung by the tenor Norman Shankle, whose voice lies deep inside his body and only rarely emerged beyond the stage. He was frequently inaudible, though the aria ‘Herr und Freund’ was heartfelt and sincere and ‘Rase, Schicksal’ showed some nice tone, despite a continued lack of power.

Alfred Walker was relatively imposing as Allazim, showing some darkness in his voice, but there was little variety. The same can be said of Russell Thomas‘ middling Soliman, though Terry Cook showed some spirit as Osmin.

It seems unfair to award Concerto Kln and Louis Langre such a low rating, and it was good to see the Barbican offering us a challenge, but nevertheless, this was not the best way to serve Mozart in his anniversary year.