Spotlight: An Ode To… Kristin Hersh 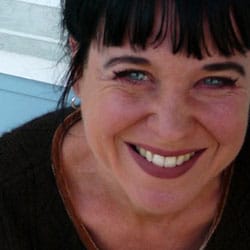 Alt-rock goddess Kristin Hersh has been making music for over 20 years. The co-founder of the Throwing Muses and 50 Foot Wave and the woman behind five hypnotic and beautifully crafted solo albums, she has been cited as an influence by everyone from Thom Yorke to Michael Stipe.

Featuring Hersh’s equally talented step-sibling Tanya Donelly in the original line up, the Muses’ edgy, striking sound was, along with that of the Pixies, arguably responsible for the whispered verse/shouty chorus structure that has characterised so much recent rock music. From 1986’s punky, untitled debut Throwing Muses to 1996’s cool, assured Limbo, the Muses produced albums of strange, sharp, emotive rock. The Real Ramona (1991) featured the divinely laid back Two Step, and on the admittedly patchy Hunkpapa (1989), Hersh explored the extremes of her bipolar disorder with the raw onslaught of Mania: “My eyes are spirals, I am on my knees and praying.”

Though Donelly left in the early ’90s to pursue other projects (she was the force behind both Belly and The Breeders) the Muses remained together as a trio until financial pressures finally forced them to split. At this point Hersh turned her attention to her solo career. Having already released the acclaimed acoustic Hips And Makers (1994) – possibly her finest moment – she began recording increasingly personal tracks for a succession of solo albums.

A mother of four, her songs touch on maternal themes in a way that few other artists do. Her mental health problems and her marriage also crop up in her stream-of-consciousness lyrics that frequently ascend into poetry. There’s a sense with Hersh’s music that her songs need her to write them; that they beg her to sing them; that she’s not completely in control of the process. A feeling she articulated best in The Letter, the complex and haunting stand out track on Hips And Makers. “PS: Keep them coming”, she asked of her muse, and so far it hasn’t let her down.

On her later solo efforts, Sky Motel (1999) and Sunny Border Blue (2001), it was evident that this was a woman torn between the raw simplicity of making music with minimal acoustic accompaniment and the need to turn up the volume. Last year saw her reform the band, producing a new self-titled album Throwing Muses (2003) and touring as the Muses once more. Now new project 50 Foot Wave sees her return again to the full on sound of the Muses, reuniting with bassist Bernard Gorges, and acquiring fresh blood in the form of drummer Rob Ahlers. Released earlier this year, the Bug EP (2004) was a six song statement of intent: spiky guitars; crunching riffs; her distinctive voice buried in a wailing wall of sound.

There’s hardly a shortage of female singer-songwriters around these days, of women willing to strum their troubles to whoever will listen, but Hersh’s honesty and maturity set her apart. Nearing 40 and showing no signs of flagging, her sound is constantly evolving, and from what we’ve heard of 50 Foot Wave so far, there are plenty of good things still to come.

• Kristin Hersh’s tour dates and further information can be found on kristinhersh.com