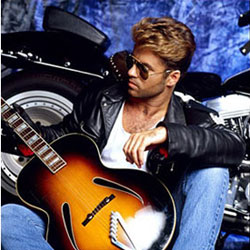 One of the most memorable images of George Michael is when he is shaking it all in the video for Faith, guitar in hand, sunglasses perched on his nose like a to-cool-for-school rock star. His signature three-day beard, metal-edged cowboy boots and leather jacket appealed to female fans and was copied by their boyfriends, who all secretly envied George. Or rather, they all wanted to be George.

Released in 1987, the album Faith established his new career as a solo artist. Now remastered and reissued in various formats – regular, deluxe, limited edition – Faith is more than an anniversary celebration, for it set a blueprint for modern-day pop music and redefined George Michael from pretty Wham! boy to one of the greatest songwriters of all time.

By age 19, he and Andrew Ridgeley had become two of the biggest pop stars in the UK and every clubbing teen was emulating the signature Wham! dance moves from the Young Guns video. Hints of his ability to weave an efficient pop song were already apparent. It was with 1984’s Careless Whisper that the George Michael we know today began to really take shape. The single – still a romance favourite – was released under the name “Wham! Featuring George Michael”, a strange wording that sparked speculation about the duo’s longevity. Indeed, George wanted to reach a more mature audience. Wham! separated in 1986, and in 1987 emerged the new George Michael with the release of his first solo album, Faith.

Never has the transition from so-called boy band to bonafide international superstar been as successful, and it remains arguably unrivalled. Nearly a quarter of a century later, Faith is still a work of genius. Some may argue that the arrangements sound dated, too ’80s, but its melodies remain strong and display George Michael’s diverse range, both in his songwriting and vocal ability: rockabilly, soul, Gospel, funk, R&B. He even became the first white singer to top the US soul chart. And perhaps that’s what he was aiming for with Faith: to show his musical prowess in various genres, whilst claiming them as his own.

Faith spawned six Number 1 singles and left an indisputable legacy. What’s most impressive is that he was only 24 at the time. He wrote, performed, produced and arranged, a feat that is almost unthinkable in today’s industry of three-hit boy wonders who are as disposable as used nappies.

It was also the object of some controversy, the first of many that would come his way throughout the ensuing two decades. I Want Your Sex sparked concern, but it seems tame compared to much of today’s innuendo-filled pop songs. The track was actually about monogamy and the video allegedly featured his girlfriend of the time. Yes, he had a girlfriend and millions of women lusted after him, singing along “I want your sex”… Parts 1 and 2 of the song as well as A Last Request (I Want Your Sex Part 3), which was omitted from the original album, are featured on the reissue.

In the 2005 documentary George Michael: A Different Story, directed by Southan Morris, he said that George Michael, solo artist, really started after I Want Your Sex. The moody Father Figure is also still a favourite, a sensuous tune that creates atmosphere. Kissing A Fool takes you to a jazz club, while Monkey is the American chart-topping dance number and Fantasy an underestimated gem. 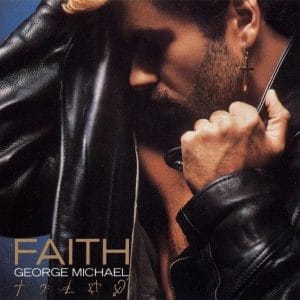 After Faith, George Michael continued to release hits, changing his style each time, but he was also uncomfortable with celebrity. He began to shun publicity, much to the bewilderment of his record label and the press. Yet he proved he didn’t – and still doesn’t – need all that. This is a guy who can still sell records and sell out stadiums with absolutely no promotion, at one point a source of conflict with his record company.

His level of discomfort in the public eye has manifested itself in various songs and, more recently, in his penchant for artificial paradises and reckless behaviour behind the wheel. Yet his body of work upstages all of his antics. Perhaps he best expresses his malaise in the 1991 track Freedom: “But today the way I play the game has got to change/Oh yeah/Now I’m gonna get myself happy.” And he was secretly happy at the time.

A very private man, he finally came out through an unfortunate circumstance – he was arrested while soliciting in the restroom of an LA park – and it was a brave move. Homophobia was even more prevalent a decade ago, and for a sex symbol such as George to affirm his homosexuality was considered career suicide by the music industry. While many in the media were anticipating a premature end to his career, he came up with Outside and made light of the situation in the video. And that’s another facet of George Michael many don’t know: his wicked humour. He appeared regularly on the first season of the American sitcom Eli Stone in 2008, where each episode was named after one of his songs.

In 2005, he set the record straight about everything in Morris’s documentary. But will George Michael finally regain faith in himself and head back to the studio to prove once again why he is one of the most celebrated British artists of all time? His website leaves us guessing with the words “Expect only the unexpected.”

The remastered editions of George Michael’s Faith are out through Sony on 31st January 2011.