A Winged Victory For The Sullen: “There should be space to be inside the music, with thoughts and emotions” – Interview 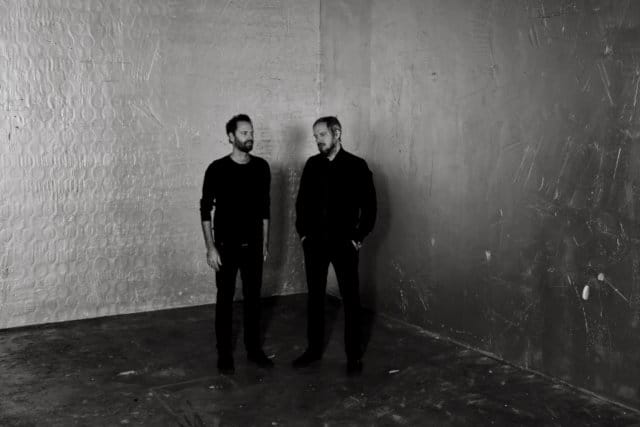 A Winged Victory For The Sullen (Photo: Jónatan Grétarsson)

Dustin O’Halloran and Adam Wiltzie have gathered with musicOMH via Skype to discuss the pair’s fifth album release as A Winged Victory For The Sullen. Their collaboration started as an experiment with its first (self-titled) release back in 2011. Soundtracks for the films God’s Own Country and Iris have come and gone, together with the score for Wayne McGregor’s Sadler’s Wells production Atomos. The project has real traction, culminating in a recent label transfer to Ninja Tune.

Titled The Undivided Five, the significance of the album’s number is not lost on them. It brings in a range of influences where that number is of great importance, applying it also to the use of intervals between notes in music, a technique which has long fascinated the duo.

The composer they identify as master of the fifth is French 20th century master Claude Debussy, who is paid immediate homage on the album’s first track Our Lord Debussy. “He is the master of the whole tone scale,” proclaims O’Halloran, “and that was something we really looked to employ on the first record. He has really satisfying ways of moving the chords in a harmonic way without an obvious melody. We found that the whole tones worked with the sounds Adam was creating. The drones that we were using were based on fifths, and they came together as a big foundation of our sound. It is something we keep coming back to. The last three records were essentially collaborations with other influences and people, as in the film soundtrack work, and this was the first one since our debut Atomos where we have been left to our own devices. We kept coming back to this sound.”

There are very subtle plays at work within the duo’s music. “When we play with different musicians live we might leave some chords inverted in a different construction to how they might sit normally, and not ‘correct’ them. It’s such a small change but makes a huge difference.”

O’Halloran’s little girl is in attendance, recently born. Now and then an appreciative gurgle comes over the line, as though she were approving of her dad’s words. We move on in our exploration of the musical fifth, casting our eyes back further. “Early music from the 15th and 16th century is based on fifths, so you might be hearing that,” he says. “The third used to be classed as the devil’s chord. The idea of our music is often trying to see what we can get out of the least harmonies, getting more purity out of our music. What we look to do is create an openness in our music, with a subconscious space for people to put their meaning into that. In my experience, dense music leaves less for the listener, and there should be more space to be inside the music, with thoughts and emotions.”

“The idea of our music is often trying to see what we can get out of the least harmonies, getting more purity out of our music.” – Dustin O’Halloran

The Undivided Five was recorded in a number of locations around the world. “There was a lot of work before last March,” says O’Halloran, “but it was then that we set aside a block of time to really do it. We knew we were never going to get there without organisation, so it was from last March to this one, basically.”

The locations were key. “Absolutely, they were a huge part of the process,” says Wiltzie. “Every city has its own personality. We first met in Italy, and we have connections that are entrenched in Europe, which were made when nobody knew we existed. We had a real adventure in finding different cities and recording in them, and the resonances we took from our travels made the music what it was. Travelling is a really important thing, and it’s incredibly inspiring – it helps dictate the music.”

“When we made the first record we didn’t really have an idea on what the band or project would be,” says Dustin. “We wanted to travel to places and record, and not just sit in our own studio. We wanted to rekindle the idea of interesting places and being inspired by them. When we made Atomos we were in so many different places, including a 14th century villa in Italy, and so we wanted this album to have something of that.”

Two tracks on The Undivided Five use solo instruments. The Slow Descent Has Begun features a violin, where both have spoken of the difficulty of recording the right timbre. “I think maybe I made more of that than I should,” laughs O’Halloran, “because it was a unique moment where we couldn’t get the sound we wanted, and we ended up in the church across the studio from my house in Berlin. We had been looking far and wide, but it was right next door when we’d been searching so far for it.”

The provocatively titled Aqualung, Motherfucker has a poignant and prominent horn solo, but when asked on its meaning both Wiltzie and O’Halloran prefer to leave it unexplained. “The meaning of that track is left as a secret,” says Wiltzie. “It was a harrowing year, when we were recording the album, and we put a lot into it.”

This is an explicit reference to the loss of a close mutual friend, Icelandic composer and artist Jóhann Jóhannsson. He was a close associate and supporter off the duo’s work, his impact so personal and profound that O’Halloran recently moved to Iceland from Berlin. Jóhannsson’s death informed a good deal of the motivation behind The Undivided Five. “It feels so unnecessary,” says O’Halloran, “you miss someone you love and you know you’re not going to see them again. Love is good, for sure, but it is very hard to lose people you love.”

Wiltzie agrees. “Jóhann was a great friend of ours, and we shared a lot of music with each other. When we were recording and writing he would take great interest in the sessions, and we know that what we have been working on is what he would have wanted us to do. He was very supportive in an artistic sense. We loved each other’s music not in a fan way, and we loved doing stuff together.”

O’Halloran describes his move as ‘an interesting adventure’. “I don’t think I’d be here if it wasn’t for Jóhann, and even more than that I wouldn’t have met my girlfriend if it wasn’t for him. He introduced us in Berlin, and now I have a baby. Luckily I have some good friends here, and I think it’s gonna be an exciting new chapter”. “I’m glad he’s over there too,” says Wiltzie, “I love going to visit him.” 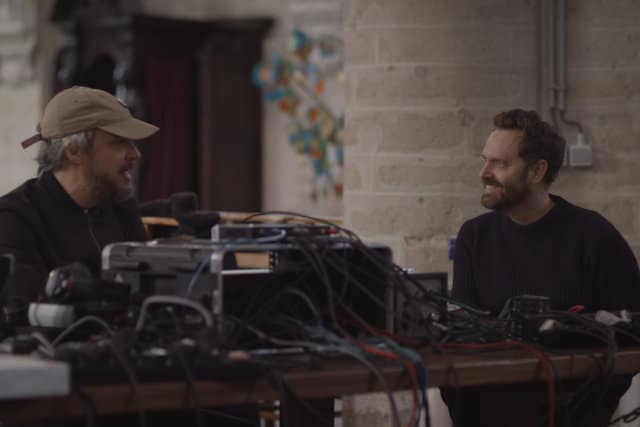 A Winged Victory For The Sullen, in a still from The Making Of The Undivided Five

An Undivided Five seems to evoke the wide open expanse of O’Halloran’s new home in sonic form. “It is definitely a cold record, a winter record,” agrees Wiltzie, “and it is the perfect time of year for it to come out. It was fucking cold in Brussels recently when we were there, and the record seemed more fitting somehow.” At this point a squeal can be heard. “That’s my goddaughter!” he exclaims proudly.

While their collaboration takes up the lion’s share of their time, both Wiltzie and O’Halloran continue with solo projects and collaborations of their own. “I was working on a new project with a film but it died a death, sadly,” says Wiltzie ruefully. We may hear some of that music in the future, however. “I have learned never to throw anything away, because all ideas can be developed. It’s like that brilliant saying, ‘hang-ups need company’.” O’Halloran has also been busy. “I’ve been working with Hauschka on a mini-series for the BBC of A Christmas Carol,” he reveals. “It’s a three part series written by Steven Knight, who did Eastern Promises and Peaky Blinders, and it is a dark retelling of the story.”

Next year the duo will head out on tour for the first time in two year, and both are relishing the prospect. “We’re gonna be playing a pretty ambitious show,” says O’Halloran, “and we’re excited to bring these songs to life. The last show we did was the Barbican.”

Talk switches to their BBC Proms appearance with Nils Frahm, back in 2015. “That was a good one, I loved that show,” says Wiltzie enthusiastically. “With a mixture of classical and electronic in the audience it is always a kind of difficult one.” O’Halloran agrees. “With something the Proms you don’t think that everyone who’s going is going to necessarily like what you do. It’s nerve wracking. I think anyone who thinks ‘everyone will like it’ is someone I wouldn’t like anyway. I constantly doubt what I do, and I find it very rewarding but terrifying too. I love playing to the people who come to see us regularly but it’s exciting to reach new audiences. The ‘neoclassical’ thing can be dangerous, and it can be a pigeon hole for some people, but we do always tend to be in between. That’s why I like being part of a label like Ninja Tune that has such a wide reach, with acts like Floating Points and Sampa The Great.”

Our time is up, the interview format – with Wiltzie in America and O’Halloran in Iceland – reflective of the construction of their new album. A Winged Victory For The Sullen are a global concern – and on current evidence, their music looks set to spread ever more outward.

A Winged Victory For The Sullen’s album The Undivided Five is out now through Ninja Tune. Tour dates and further information can be found here.